20 Most Dangerous Places To Live In The World
Category: International 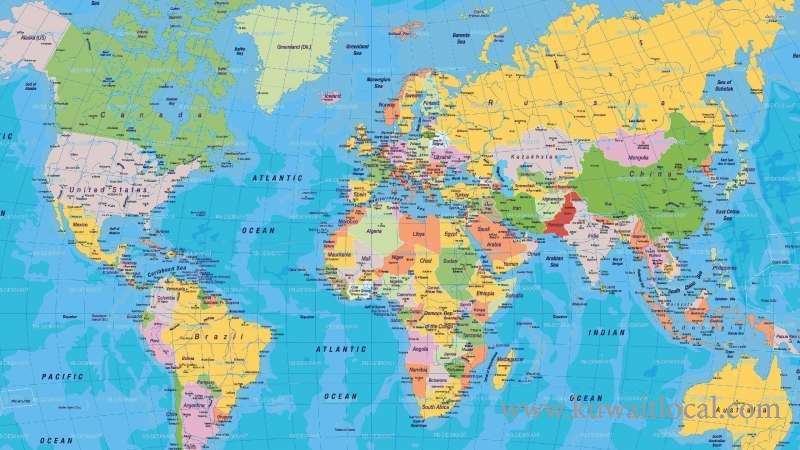 As per Expat Insider 2019 survey which was conducted with 20,259 expats representing 182 nationalities living in 187 countries/territories.

The survey covered topics such as quality of life, cost of living, personal finance and more.

Brazil : “Underlying feeling of people always living in fear. The high level of inequality and brutality in society is disturbing and makes me feel uncomfortable. Political chaos has caused lots of confusion and discomfort in my workplace. ”
South Africa : “Uncertain political situation, racism, corruption and high crime rate, as well as the weakness of the rand “
Nigeria: ” Feeling of uncertainty. Almost anything can and might happen to me, anytime, anywhere.”
Argentina:  “You can’t plan financially because the economy fluctuates too often. You’re far from everywhere. Safety is a major concern.”
India: “Hardline politics…the social tensions and the very bad pollution.” “Constantly feel like an outsider. People stare, take photo, talk horribly, try to cheat, etc. People assume that tourist are rich. Face severe sexual harassment from local men, need to carry pepper spray everywhere.”
Peru: “Not easy to make friends among the local residents—they also have an aggressive attitude on the streets.”
Kenya: “Foreigners are often taken advantage of through stealing, scamming, and police stopping you just to take money from you. The roads are awful, traffic is just terrible, and the city is dirty.”
Ukraine : “Corruption, a total lack of loyalty or honesty, and foreigners being considered ‘walking wallets.’”
Turkey : “Constant politics and propaganda that is dividing the society. People are frightened to speak or pass an opinion.”
Colombia: “The corruption. The system is unfair to both natives and expats, and local companies are not so open to foreigners.”
Mexico: “The increasing criminality of the cartels as well as the corruption which steals money from the people.”
United Kingdom: “Concerns about racism, overpopulated areas, crime increasing, accommodation prices, and a lack of support about reintegration and residency help.”
Egypt :“The government, poor infrastructure, horrendous traffic, poor condition of roads, poor condition of buildings, and overcrowding.”
Philippines: “Too many laws restricting foreigners and it is almost impossible to own land. There is also corruption and many irresponsible drivers.”
Italy: “Bureaucracy and close-mindedness of the people.”
United States: “Racism, xenophobia and guns also widespread conservative viewpoints, seeing ‘socialism’ as an inherent evil, lack of gun control, lack of affordable healthcare and education, overly religious views.”
Indonesia: “Politics, religious extremism, corruption, difficulty in accessing healthcare and transportation, and unfairness in the laws.”
Greece: “Bad economic situation, bad education, and poor career opportunities.”
Kuwait: “Unfriendly people and discrimination towards some nationalities. The country is also not very environmentally friendly.”
Thailand: “Undeveloped infrastructure, dirt, garbage, noise, messy streets, chaos—there’s almost no peace at all.”

Employee On Leave, Did Not Return To Work – But Comes To Kuwait And Goes Back One of our employees left our company taking 5 days emergency leave and went to India but he didn’t come back for 4 months. We did not cancel his visa assuming it will automatically be void afte... February 21, 2020 0 290 Category: Legal

Kuwait Sales & Markets Affected By Corona Virus Infection Fears The repercussions of the emerging corona virus have exceeded the concerns of Kuwaitis and residents in Kuwait about the transmission of the virus infection to their fears of a shortage of some food pr... February 18, 2020 0 230 Category: Kuwait

Expats Above 70 Yrs Old Residence Will Not Be Renewed Regardless Of Profession The Public Authority for Manpower (PAM) says the authority has started implementing a decision not to renew work permits of expatriates after reaching the age 70 regardless of their job title or profe... February 21, 2020 0 229 Category: Expats

Expat Will Have To Pay KD2.5 In Fees The CEO of the Health Insurance Hospitals Company ‘Daman’ Dr Muhammad Al-Qana’i said the medical centers in Hawalli and Al-Farwaniya will receive the expatriates and called on everyo... February 19, 2020 0 214 Category: Expats

Minimum Salary To Sponsor Sister On Visit Visa I would like to know the minimum salary required to bring my sister to Kuwait. Name withheld Answer: To bring your sister to Kuwait on a visit visa, you need to earn a monthly salary of KD 500 o... February 19, 2020 1 211 Category: Visit Visa

3 Indians Arrested For Gambling In Garden Of The Sheraton Roundabout Three Indians have been arrested and referred to the Salhiya Police Station for gambling, reports Al-Rai daily. The daily added, the suspects were seen gambling in the garden of the Sheraton Roundabou... February 18, 2020 0 208 Category: Crime News

National Holidays In Kuwait Affected By Coronavirus In some way or another, even the national holidays in Kuwait are affected by the outbreak of coronavirus because most of the decorations and accessories usually come from China, reports Al-Qabas daily... February 19, 2020 0 206 Category: Kuwait

Crisis Of Filipino Domestic Workers Continue In Kuwait Despite Lifting Total Ban At a time when Manila has lifted the total ban on the deployment of Filipino labor to Kuwait, the crisis of domestic workers is still continues despite the agreement signed by concerned authorities fr... February 21, 2020 0 197 Category: Kuwait

Having Second Child In Kuwait I was born in Kuwait in 1979 and very grateful to this country and people for giving us an equal chance to reside along with other expatriates and its citizens. I am a driver by profession and as per ... February 18, 2020 0 193 Category: Legal
Popular Offers