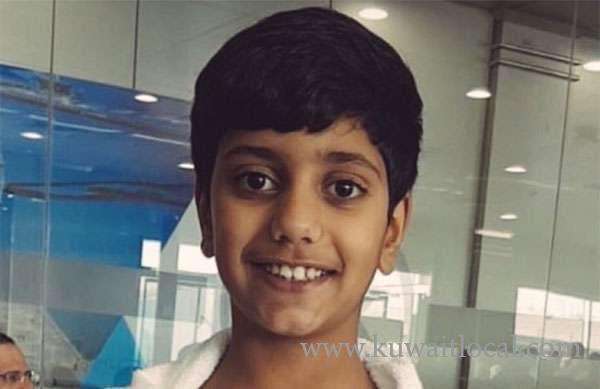 They noted the committee paid a visit to Amr Bin Al-Aas Primary School in Rawda area as part of the initial investigation process to cross examine the administrative and teaching staff on the incident. The late student’s teacher will be summoned in the coming days for further questioning. She has been suspended from duty following the incident, the source noted.

The same sources said the committee will conclude its task by reviewing and referring its report to Minister Al-Azmi for relevant action to be taken in line with the rule of law.

According to the teacher, medical report confirmed Al-Bloushi had died of natural causes a day after the incident. She stressed that detectives from the Investigation Department interrogated and released her after colleagues and administration of the school testified in her favor.

The housemaid of deceased student’s mother is alleged to have informed the teacher that the boy was inside the bathroom blowing balloons for decoration ahead of the national celebration when he fainted and died.

Medical report indicated the boy exerted strenuous effort, which affected his heart and led to his sudden death.

The boy who was disabled had earlier undergone three heart surgeries and the teacher was not aware of his medical condition, as she was also on leave at that time, undergoing surgery. The teacher stressed she did not sign any undertaking to show she knew about the boy’s condition, and that the student attended two different lessons after her class on that fateful day.

Meanwhile, several parents have called for the installation of surveillance cameras inside classrooms to minimize acts of violence against their wards. Assistant Undersecretary for Educational Buildings and Planning at Ministry of Education Khalid Al- Rashid said the contracts for installing surveillance cameras in schools cover maintenance works, and the contracting company implements maintenance plan that cover all schools.

MoE Allows Travel Without Leave Permits For Resident Teachers, Staff The Ministry of Education (MoE) said Monday that resident teachers and ministry staff can travel back to their respective countries without needing a leave permit. According to the ministry’s tw... March 24, 2020 2 7514 Category: Kuwait

Full Curfiew Is An Available Option On Table MOH spokesperson Dr. Abdullah Al-Sanad says that issuing "Full Curfew" decision is an available option to limit the spread of the Novel #Coronavirus, but we hope that we do not reach to this... March 25, 2020 0 5368 Category: Coronavirus

Banks To Postpone Installment Premiums And Credit Card Payments Without Interest Kuwait banks have decided to postpone loan installments of Kuwaiti citizens and Small and Medium Enterprises (SMEs) for a period of six months and freezing of the interest payment during that time, Al... March 25, 2020 0 5025 Category: Coronavirus

COVID-19 Outbreak In Kuwait Under Control - Health Minister Minister of Health Sheikh Dr. Basel Al-Sabah has assured the novel coronavirus (COVID-19) outbreak in Kuwait is manageable. The ministry is monitoring on daily basis some cases of those who had con... March 24, 2020 0 3959 Category: Coronavirus

8 Deportees Among 350 Egyptians To Fly Tomorrow Sources at DGCA revealed that a second Egypt Air flight will carry 350 Egyptians to their country at 4pm on Wednesday, tomorrow. The sources stated that the scheduled flight will arrive tomorrow morni... March 24, 2020 0 3920 Category: Coronavirus

Kuwait Social Affairs Ministry Launches Donation Campaign The Kuwaiti Ministry of Social Affairs on Friday approved launching a campaign to raise donations on Saturday for fighting coronavirus. Up to 41 Kuwaiti charities will pariticpate in the campaign, pro... March 27, 2020 0 3594 Category: Coronavirus