Baahubali The Beginning - How the battle epic is helping Tollywood challenge Bollywood's dominance over the Indian film industry
Category: Entertainment 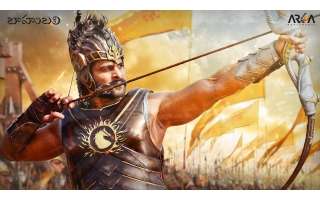 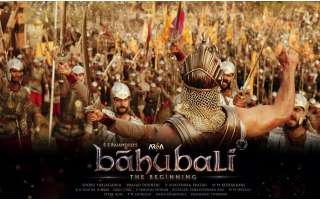 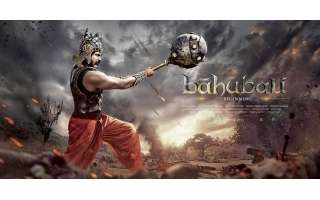 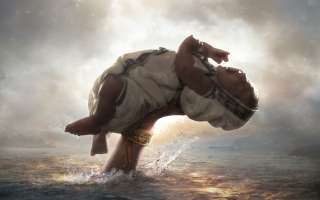 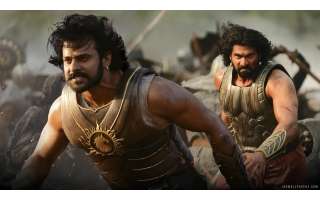 For decades, Bollywood has been content to churn out Hindi song-and-dance extravaganzas, secure in its position as the continent’s largest filmmaking centre.

Baahubali: the Beginning, the tale of feuding brothers who fight for control of an ancient kingdom, has earned 300 crore rupees (£30m) at the international box office in just eight days, smashing all records for Tollywood - southern Indian - films.

Laden with special effects and gravity-defying fight sequences,Baahubali has won plaudits for its Hollywood-style production values, prompting comparisons to Lord of the Rings and James Cameron’s blockbusters.

The vision of filmmaker SS Rajamouli, 41, based in Hyderabad, capital of the southern state of Telangana, Baahubali took three years to produce and is India’s most expensive film ever, with a budget of £25m.

What has unsettled Bollywood’s establishment is the fear thatBaahubali’s global success will shift the centre of a regionally-divided Indian film industry away from Mumbai.

Baahubali (Strong Man in Hindi) was shot in Telugu, the native language of Telangana. Its release was accompanied by a marketing budget beyond most Bollywood films, with the producers unveiling the “world’s largest poster”, stretching to 51,000 sq ft (4,738 sq m).

Opening in 4,000 screens worldwide and described as his “masterpiece”, Rajamouli’s film seduced critics and audiences with breathtaking scenes of mountain flight and a 40-minute climactic battle sequence.

Baahubali has also been dubbed into Hindi and immediately attracted Bollywood’s regular cinemagoers, setting a new box office record for a dubbed Indian film of £5m inside a week.

Salman Khan, the Bollywood star and producer, whose own new film Bajrangi Bhaijaan was overshadowed by the phenomenon, admitted: “Baahubali is a good film and our (Bollywood) cinema should try to match its success. These numbers of the film do scare you.”

Ram Gopal Varma, a Bollywood writer-director, said Baahubalishould be “a wake-up call to all stars to look beyond themselves to become bigger… otherwise they will be relegated to the bottom rungs. In an industry jungle of lions, tigers, pythons and elephants, the Baahubali dinosaur arrived and now the survival rules will have to change.”

As well as the challenge from Telugu’s “Tollywood”, the Tamil-language cinema of “Kollywood” centred around the Chennai neighbourhood of Kodambakkam, is also setting new standards. Tamil director Shankar demonstrates greater flair with camerawork and ingenuity in fight scenes than his Bollywood contemporaries, critics say.

Sudha G Tilak, an arts writer based in Delhi, said: “Southern India is producing more films than Bollywood and with production values that compare to anywhere in the world. Bollywood’s stories have lived in a comfort zone for some time.”

Tensions between the south and Mumbai are played out behind the scenes. Southern India produces many female stars who are accepted by the Mumbai industry but male actors are not afforded the same opportunities.

Ms Tilak said: “It’s similar to the way black actors do not get top billing in Hollywood. There is some resistance in the Hindi film industry. I look forward to the say when Southern India’s stars have their own wax statues in Madame Tussauds.”

Rajamouli told the Times of India: “I know that if you have a universal theme and a good story told well, it will work everywhere. The success of Baahubali across the country proves my theory right.”

The Baahubali story is just beginning. An edited version, paring down its two and-a-half hours running time for sale to international audiences which have yet to succumb is being prepared. And in true Hollywood style, the concluding chapter,Baahubali Part II, is shooting now for release next year.

Full of many magical moments brilliantly executed… nothing less than a landmark achievement made by an Indian filmmaker. A daringly brave, never before kind of Herculean triumph achieved in Indian filmmaking.

Baahubali, despite its epic dimensions, fails at some level to draw us into the narrative. If Rajamouli thought his special effects team that drummed up outstanding imagery – lovely waterfalls, magnificent snow-covered mountains and an awesome terrain of the kingdom – would cover up the weaknesses of the film, he was wrong… all sound and spectacle but little else.

The story has been told many times before – a child is born destined for greatness and as a man vanquishes the forces of evil – but in the confident hands of director S.S. Rajamouli, the tale gets potent new life. It’s possible to enjoy the film as pure entertainment even without being privy to the superlatives surrounding it.

Age Limit For Parents Visit Visa I am planning to bring my parents from India on a visitor’s visa for 1 month and both are aged 78 years and I am a doctor working in a private sector, is there a age limit to bring my parents. ... February 17, 2020 0 240 Category: Visit Visa

Thunderstorm Forecast In Kuwait Until Wednesday Kuwait's weather is partially cloudy and there is an opportunity for sporadic thunderstorms through Wednesday, said Yasser al-Boloushi, a senior official at Kuwait Meteorological Department, on Su... February 17, 2020 0 215 Category: Weather in Kuwait

Kuwait Stops Residence Renewal Of Article-18 Work Permits For Marginal Workers Above 60 Years In an effort to reduce the number of marginal workers in the country, and in line with consistent calls to fix the demographic imbalance, the Public Authority for Manpower (PAM) has decided to stop th... February 16, 2020 0 204 Category: Kuwait

Kuwait Sales & Markets Affected By Corona Virus Infection Fears The repercussions of the emerging corona virus have exceeded the concerns of Kuwaitis and residents in Kuwait about the transmission of the virus infection to their fears of a shortage of some food pr... February 18, 2020 0 176 Category: Kuwait

3 Indians Arrested For Gambling In Garden Of The Sheraton Roundabout Three Indians have been arrested and referred to the Salhiya Police Station for gambling, reports Al-Rai daily. The daily added, the suspects were seen gambling in the garden of the Sheraton Roundabou... February 18, 2020 0 165 Category: Crime News

Having Second Child In Kuwait I was born in Kuwait in 1979 and very grateful to this country and people for giving us an equal chance to reside along with other expatriates and its citizens. I am a driver by profession and as per ... February 18, 2020 0 160 Category: Legal

Expat Will Have To Pay KD2.5 In Fees The CEO of the Health Insurance Hospitals Company ‘Daman’ Dr Muhammad Al-Qana’i said the medical centers in Hawalli and Al-Farwaniya will receive the expatriates and called on everyo... February 19, 2020 0 160 Category: Expats

Minimum Salary To Sponsor Sister On Visit Visa I would like to know the minimum salary required to bring my sister to Kuwait. Name withheld Answer: To bring your sister to Kuwait on a visit visa, you need to earn a monthly salary of KD 500 o... February 19, 2020 0 158 Category: Visit Visa

National Holidays In Kuwait Affected By Coronavirus In some way or another, even the national holidays in Kuwait are affected by the outbreak of coronavirus because most of the decorations and accessories usually come from China, reports Al-Qabas daily... February 19, 2020 0 150 Category: Kuwait
Popular Offers 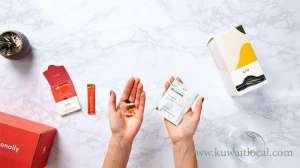