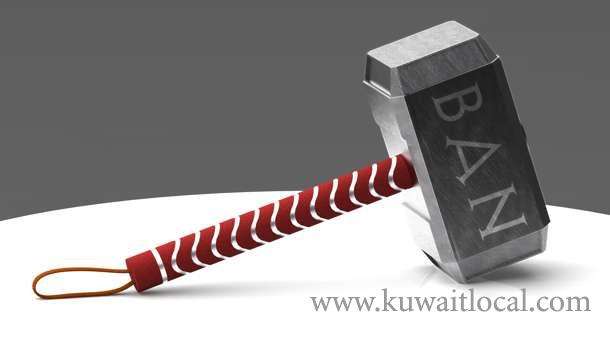 The House committee on overseas workers affairs chaired by Rep. Jesulito Manalo (Party-list, Angkla) batted for a temporary deployment ban of Filipino Household Service Workers (HSWs) to Kuwait because of cases of maltreatment and abuses of HSWs, says a press release from the Philippines House of Representatives.

In a hearing conducted this week, the committee approved a motion of Rep Winston Castelo (2nd District, Quezon City) for a temporary deployment ban of HSWs to Kuwait after committee members raised cases of maltreatment and abuse of HSWs in Kuwait.

The ban would be implemented by the Department of Foreign Affairs (DFA) and Department of Labor and Employmnent (DOLE), and other concerned agencies, according to the committee. Castelo’s motion was duly seconded by Deputy Speaker Sharon Garin and carried out by Manalo.

All committee members present supported the said motion due to the alarming number of distressed HSWs in Kuwait. Committee vice-chairperson Rep Estrellita Suansing (1st District, Nueva Ecija) and Rep Aniceto Bertiz III (Partylist, ACTS OFW) raised several cases of maltreatment and abuse of HSWs in Kuwait during a briefing of concerned agencies such as the Office of the Undersecretary for Migrant Workers Affairs (OUMWA) under theDFA, and the DOLE and its attached agencies namely Philippine Overseas Employment Administration (POEA) and Overseas Workers Welfare Administration (OWWA).

The briefing was requested by Manalo so he can be apprised on the plight of OFWs, being the new chairman of the committee on overseas workers affair. As early as Nov 16, 2016, Bertiz, the lone representative of OFWs in the 17th Congress, filed House Resolution 558 seeking an inquiry, in aid of legislation, into the plight of OFWs-HSWs in Kuwait and into the oft-repeated demand of Filipino organizations in Kuwait for a ban or moratorium on HSWs deployment. Bertiz followed this up with the filing of House Resolution 1135 last July 20, 2017 which seeks an inquiry, in aid of legislation, on the abuse and maltreatment of OFWs/domestic workers.

Bertiz’s resolution also seeks to establish accountability among government officials and a review of the present system, laws and regulations to determine their weaknesses in the deployment of vulnerable workers,and to consider new approaches such as ban on their deployment, among others, in order to protect their welfare.

2 Women Held For Prostitution And Aborting Fetuses Police have arrested two unidentified women, along with the three year- old daughter of one of them, for staying illegally in the country, involving in immoral activities and carrying out abortions in... February 21, 2020 0 512 Category: Crime News

Employee On Leave, Did Not Return To Work – But Comes To Kuwait And Goes Back One of our employees left our company taking 5 days emergency leave and went to India but he didn’t come back for 4 months. We did not cancel his visa assuming it will automatically be void afte... February 21, 2020 0 504 Category: Legal

Expats Above 70 Yrs Old Residence Will Not Be Renewed Regardless Of Profession The Public Authority for Manpower (PAM) says the authority has started implementing a decision not to renew work permits of expatriates after reaching the age 70 regardless of their job title or profe... February 21, 2020 0 366 Category: Expats

Crisis Of Filipino Domestic Workers Continue In Kuwait Despite Lifting Total Ban At a time when Manila has lifted the total ban on the deployment of Filipino labor to Kuwait, the crisis of domestic workers is still continues despite the agreement signed by concerned authorities fr... February 21, 2020 0 325 Category: Kuwait

Expats Online Residence Renewal In Private Sector Begins From 1st March The Assistant Undersecretary of the Ministry of Interior for Residence Affairs Major General Talal Marafi announced the renewal of the residency of expats in the private sector for Article (18) will s... February 20, 2020 0 304 Category: Expats

Expat Will Have To Pay KD2.5 In Fees The CEO of the Health Insurance Hospitals Company ‘Daman’ Dr Muhammad Al-Qana’i said the medical centers in Hawalli and Al-Farwaniya will receive the expatriates and called on everyo... February 19, 2020 0 240 Category: Expats

Minimum Salary To Sponsor Sister On Visit Visa I would like to know the minimum salary required to bring my sister to Kuwait. Name withheld Answer: To bring your sister to Kuwait on a visit visa, you need to earn a monthly salary of KD 500 o... February 19, 2020 1 231 Category: Visit Visa

National Holidays In Kuwait Affected By Coronavirus In some way or another, even the national holidays in Kuwait are affected by the outbreak of coronavirus because most of the decorations and accessories usually come from China, reports Al-Qabas daily... February 19, 2020 0 230 Category: Kuwait