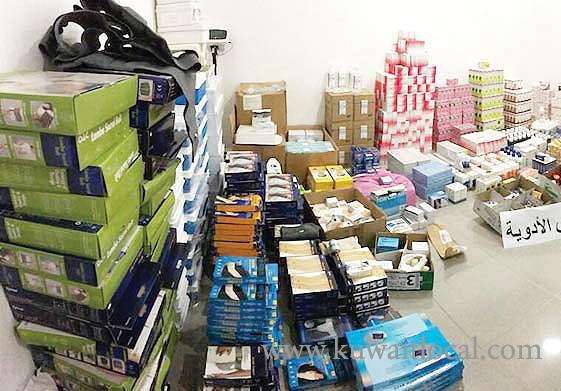 The government’s statement on the population structure is inaccurate as the population of foreigners grows faster than Kuwaitis, says MP Saleh Ashour.

Ashour cited statistics stating that the Kuwaiti population increases by three percent per year while that of foreigners increases by six percent within the same period.

He pointed out the population of foreigners increased by about one million in the past five years, “a clear indication that the government’s statement on the population structure of the country is only for the sake of satisfying the public.”

He said the government will fail to reduce the number of foreigners by 50 percent as long as there are visa traders in the public sector and influential figures with great interest in this area.

In another development, the parliamentary committee tasked to investigate the flood crisis will meet Sunday to assess the government’s readiness for the rainy season and determine the institution responsible for damages caused by the recent rainstorm, especially in Fahaheel and Sabah Al- Ahmad.

The chairpersons of the State Audit Bureau (SAB) and Kuwaiti Engineers Society (KES) will attend the meeting.

Furthermore, MP Rakan Al-Nisf submitted a number of queries to Minister of Health Dr Bassel Al-Hamoud about the four million Kuwaiti dinars worth of medicines being funneled into the black market.

He said several local newspapers published this news recently, so the MP wants to know the quantity of Lyrica pills supplied to the ministry in the past five years and the yearly cost. He also requested for copies of the supply contracts and approval letters from SAB.

He wants to know if this medicine is being sold in private hospitals. If yes, for what ailments or symptoms? He asked about measures taken by the ministry and other bodies regarding the medicine being leaked into the black market and if this supply was supposed to be claimed by the ministry or other parties. He demanded for copies of correspondences between the ministry and the supplier.

Gradual Implementation Of Total Curfew As Per Areas In Country Stringent measures have been enforced due to frequent increase in infection of coronavirus virus where marginal laborer are densely accommodated to contain the spread of infection. Sources stated t... April 01, 2020 0 7782 Category: Coronavirus