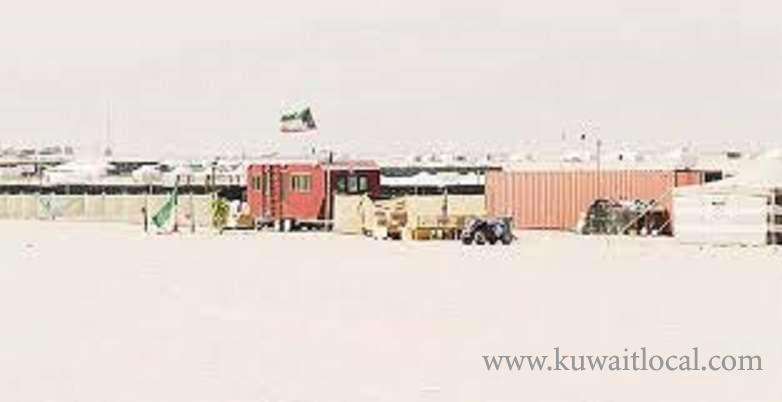 Kuwait Municipality on Saturday announced the postponement of the start of the camping season until further notice from the Civil Defense Committee, which includes several governmental bodies including the Ministry of the Interior, the Ministry of Defense and the Municipality.

The committee revised an earlier decision to kick off the season, officially, tomorrow. It was cancelled due to the heavy rainy weather conditions that led to the erosion of the soil in some areas at the camping sites, the municipality said in a press release.

Emergence of military remnants was one of the main reasons for the delay in addition to the gathering of water and the collapse of some roads leading to the camping sites. Eventually once Kuwaitis start their annual camping season, they have fun by gathering their families and setting up their tents. Local authorities provide a variety of ways to ensure the success of the camping season, which extends to about four months, including the large areas of citizens for setting up camps, in addition to establishing public services including security point and service areas close to the camping sites.

This year, the Kuwait Municipality has identified 18 sites with an area of 616 square kilometers distributed in the north, west and south of the country, therefore campers can apply for a license to camp through the municipality website and pay the fees and insurance.

The applicant will be able to inspect the land prior to its request to ascertain its validity to the camping, especially in the absence of rain gatherings after the heavy rains in the country during the past three days.

The applicant will be allowed to submit an application for a maximum area of 1000 square meters and will be required to pay the municipal fee of a nonrefundable KD 50 (approximately $150). It is prohibited to burn natural environment, damage natural life, construct fences, excavate the land, hunt, kill, destruct shelters of species, and graze the camping areas

Gradual Implementation Of Total Curfew As Per Areas In Country Stringent measures have been enforced due to frequent increase in infection of coronavirus virus where marginal laborer are densely accommodated to contain the spread of infection. Sources stated t... April 01, 2020 0 7779 Category: Coronavirus

Total Ban Options On Government Table Today The possibility of enforcing a full curfew is among the  options on the agenda of the Council of Ministers in their meeting tonight, Al Rai newspaper disclosed that a high ranking government reve... March 31, 2020 0 5775 Category: Coronavirus

28 New Coronavirus Cases - 24 Indians And 2 Bangaldeshi Among Them - Total 317 Apr 1: The Kuwaiti Ministry of Health announced Wednesday that 28 people were infected by the novel coronavirus, in the last 24 hours. Total confirmed virus cases are 317 1 case Kuwaiti national... April 01, 2020 0 5016 Category: Coronavirus

Gulf Bank Postpones Loans And Credit Card Installments Gulf Bank will postpone all installments of consumer loans and credit cards for six months for all Gulf Bank customers. Moreover, all interest and fees related to these transactions will be waived. Th... March 29, 2020 0 4323 Category: Coronavirus
Popular Videos