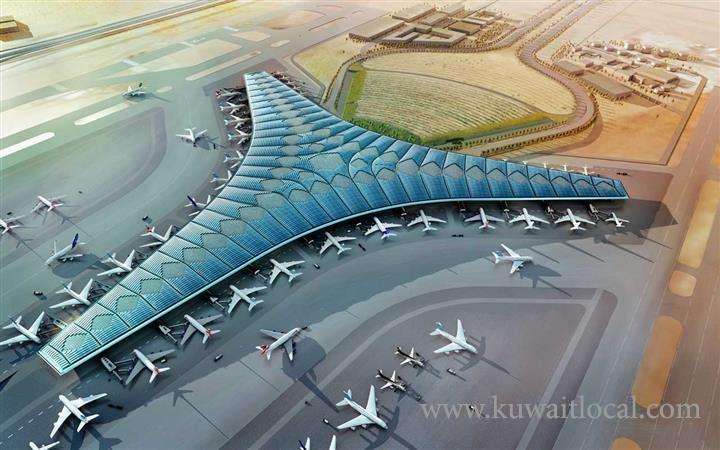 Director General of Directorate General for Civil Aviation (DGCA) Yousef Al-Fawzan says the administration is facing a great challenge this year during summer, as the preparations for this year are completely different from previous years.

He explained that the DGCA has to manage four seasonal occasions at the same time Ramadan, Umra, Eid al-Fitr and Hajj. Considering the fact that this situation will impose heavy pressure on DGCA administration, a plan has been developed by the top leadership to avoid congestion.

Al-Fawzan indicated that the civil aviation authority and the operators at the airport have prepared more than one plan in preparation for these occasions in order to provide all necessary services, assistance and consultation for passengers, whether in arrivals or departures or even transit. He affirmed about periodic meetings between the Civil Aviation Administration and the airport operators, as well as with Ministry of Interior, which spares no effort in providing the best services, especially since it has a great responsibility in maintaining security.

Al-Fawzan urged travelers to ensure that their passports and civil IDs are valid for travel, especially children’s documents, ensuring the presence of children’s photograph on the documents. He insisted that passengers should be at the airport at least three hours before their flight take off in order to avoid congestion inside and outside the airport, adding that the baggage counters will be closed an hour prior to departure.

With the upcoming summer vacations and Eid Al-Fitr holidays, some lawmakers have allegedly demanded the Department of Overseas Treatment to manage the files of their voters.

However, they affirmed that this year will not witness any cases of “medical tourism”, as overseas treatments will be limited to only seriously-ill patients who will be selected by a specialized committee. The sources explained that there are three reasons behind this decision.

The first reason is the decision of the Cabinet issued on September 8, 2016 to quit sending patients randomly for overseas treatment except cancer patients, children and those in need of difficult surgeries. The second reason is the dissolution of the supreme committee which is responsible for deciding on the cases dismissed by the specialized committee. The third reason is the lack of budget, which is much lesser than what it was before.

Coronavirus Cases In Mahboula On The Rise,MOH Officials Warned Residents To Stay Home Ministry of Health officials have warned residents of Mahboula area to taken extra precautionary measures and not venture outside unless absolutely necessary. In a video that has gone viral, a ministr... March 30, 2020 0 5606 Category: Coronavirus

7 Indians Infected From Contact With Confirmed Coronavirus Case The Kuwaiti Ministry of Health announced Monday that 11 people were infected by the novel coronavirus, known as COVID-19, in the last 24 hours. With this, the total number of Indians confirmed with co... March 30, 2020 0 4629 Category: Coronavirus

Gulf Bank Postpones Loans And Credit Card Installments Gulf Bank will postpone all installments of consumer loans and credit cards for six months for all Gulf Bank customers. Moreover, all interest and fees related to these transactions will be waived. Th... March 29, 2020 0 4048 Category: Coronavirus

Strict Curfew In Jleeb Al Shuyoukh Jleeb Al Shuyouk has come under the radar of the Ministry of Health who have begun taking rounds in the area to ensure precautionary measures are being followed to contain the spread of coronavirus. ... March 31, 2020 0 4024 Category: Automotive