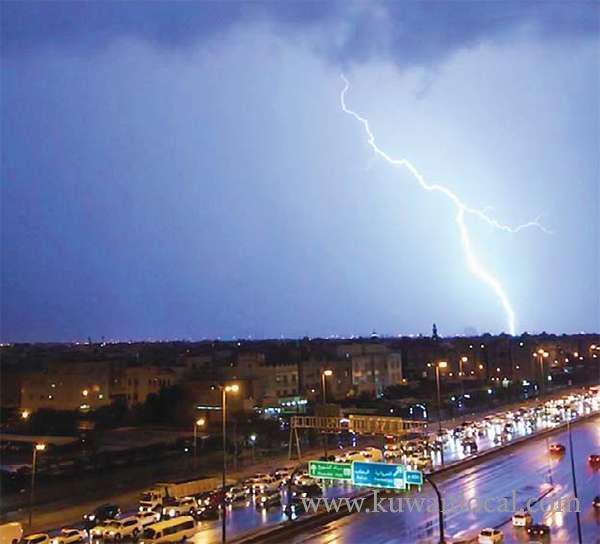 Deputy Director General of Kuwait International Airport Affairs at the Directorate General of Civil Aviation (DGCA) and Chairman of the Emergency Team Eng Fahad Al- Waqyan says the administration is ready to deal with the upcoming rains in the country, which is expected to reach its peak on Sunday dawn, reports Aljarida daily.

Al-Waqyan revealed about the continuous inspection by DGCA leaders of the T1, T3, T4 and T5 passenger terminals as well as the indoor and outdoor airport halls and facilities to check on the work situation under the current weather conditions in the country.

Meanwhile, Director of Public Authority for Roads and Transportation (PART) Eng Suha Ashkanani says PART is ready for the expected rain, affirming that the rainwater pools have been removed by the teams assigned for this task, reports Al-Anba daily.

She revealed that this team focused on certain locations such Mangaf Underpass, Ghazali Road, Sixth Ring Road opposite to Jleeb Al-Shuyoukh, Seventh Ring Road, and Doha intersection in Qairawan. Ashkanani explained that Jahra Road and Jamal Abdulnasser Road have been secured as part of PART’s readiness to deal with the upcoming rains.

The drainage system and manholes have been cleaned especially those on King Fahad Expressway, King Faisal Expressway, Fahaheel Road and Airport Road. The pumps located under bridges and tunnels have been checked to ensure they are all working properly. She added that PART is in constant communication with the Control Room of Directorate General for Civil Defense.

Business Drop By 95%, Alshaya Has Prepared To Reduce Costs Several businesses in Kuwait have begun feeling the pinch as a result of the measures taken by the government to contain the spread of coronavirus. Kuwait once a thriving market for retail and travel ... April 02, 2020 0 14562 Category: Kuwait

All Employees To Receive Full Salary Of April Month Without Any Deduction Citizens and expatriates will receive their full salaries in April without any loan deduction or other consumer installments, reports Al-Anba daily. The April salaries will be paid before the holy mon... April 05, 2020 0 9567 Category: General

Gradual Implementation Of Total Curfew As Per Areas In Country Stringent measures have been enforced due to frequent increase in infection of coronavirus virus where marginal laborer are densely accommodated to contain the spread of infection. Sources stated t... April 01, 2020 0 8409 Category: Coronavirus

28 New Coronavirus Cases - 24 Indians And 2 Bangaldeshi Among Them - Total 317 Apr 1: The Kuwaiti Ministry of Health announced Wednesday that 28 people were infected by the novel coronavirus, in the last 24 hours. Total confirmed virus cases are 317 1 case Kuwaiti national... April 01, 2020 0 5262 Category: Coronavirus

Curfew Extension And Area Wise Curfew Discussed In A Meeting Extending curfew hours as well as imposing area wise curfew, especially in areas with dense population of expatriates were among the several issues discussed by the ministerial committee in their meet... April 05, 2020 0 4697 Category: Coronavirus 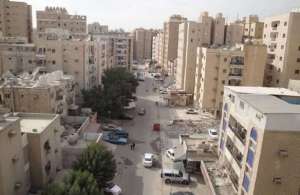 Random Coronavirus Tests In Residential Buildings Teams of health inspectors have been taking random samples from residents of buildings during raids conducted in various parts of the country as part of precautionary measures against the spread of CO... April 01, 2020 0 3662 Category: Coronavirus

Visit Visa Violators Can Leave Country In Their Own Ticket; No Renewal Until Work Resumes The Administration of Residence Affairs Department will not renew visit or commercial visas until after the ministry resumes its work which is slated to begin on April 14 if the virus cases subside, r... April 05, 2020 0 3568 Category: Visit Visa
Popular Videos