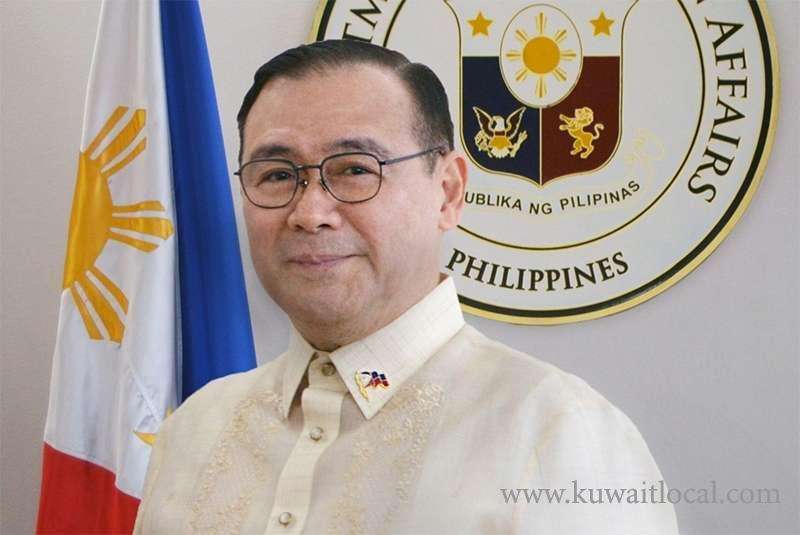 An official source at the Kuwaiti Ministry of Foreign Affairs has voiced Kuwait’s dismay and condemnation of the Filipino foreign affairs secretary’s remark about a case of a Filipino national.

According to reports circulated by media and social networking sites, the Filipino secretary has recently said he will not accept anything other than the lives of those who committed the crime against the demised Filipino national in Kuwait.

The remark contained an unacceptable transgression against jurisdictions of Kuwaiti security and judicial authorities, the official source said, describing the statement as an unusual approach in dealing with countries.
It runs counter to the simplest rules of international relations, the source lamented.

The source also noted the Filipino secretary’s remark represents an attempt to influence the ongoing investigations.

Kuwait is known for its commitment to ensuring the safety and security of all who live on its soil and punishing law violators in accordance with the provisions of the country’s laws and in a manner that guarantees the rule of law and justice for all, added the foreign ministry source.

The source also lauded the measures taken by Kuwaiti relevant bodies on this case.

They have quickly arrested those who committed the crime and referred them to a fair judiciary, the source clarified.

Kuwait has also informed the Philippines authorities of its readiness to receive a Filipino security team to get acquainted with the measures taken on the case and the latest updates of the investigations.

2 Women Held For Prostitution And Aborting Fetuses Police have arrested two unidentified women, along with the three year- old daughter of one of them, for staying illegally in the country, involving in immoral activities and carrying out abortions in... February 21, 2020 0 512 Category: Crime News

Employee On Leave, Did Not Return To Work – But Comes To Kuwait And Goes Back One of our employees left our company taking 5 days emergency leave and went to India but he didn’t come back for 4 months. We did not cancel his visa assuming it will automatically be void afte... February 21, 2020 0 505 Category: Legal

Expats Above 70 Yrs Old Residence Will Not Be Renewed Regardless Of Profession The Public Authority for Manpower (PAM) says the authority has started implementing a decision not to renew work permits of expatriates after reaching the age 70 regardless of their job title or profe... February 21, 2020 0 366 Category: Expats

Crisis Of Filipino Domestic Workers Continue In Kuwait Despite Lifting Total Ban At a time when Manila has lifted the total ban on the deployment of Filipino labor to Kuwait, the crisis of domestic workers is still continues despite the agreement signed by concerned authorities fr... February 21, 2020 0 329 Category: Kuwait

Expats Online Residence Renewal In Private Sector Begins From 1st March The Assistant Undersecretary of the Ministry of Interior for Residence Affairs Major General Talal Marafi announced the renewal of the residency of expats in the private sector for Article (18) will s... February 20, 2020 0 306 Category: Expats

Minimum Salary To Sponsor Sister On Visit Visa I would like to know the minimum salary required to bring my sister to Kuwait. Name withheld Answer: To bring your sister to Kuwait on a visit visa, you need to earn a monthly salary of KD 500 o... February 19, 2020 1 232 Category: Visit Visa

National Holidays In Kuwait Affected By Coronavirus In some way or another, even the national holidays in Kuwait are affected by the outbreak of coronavirus because most of the decorations and accessories usually come from China, reports Al-Qabas daily... February 19, 2020 0 230 Category: Kuwait 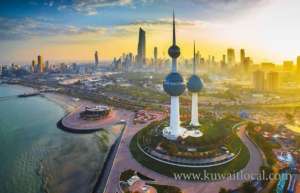