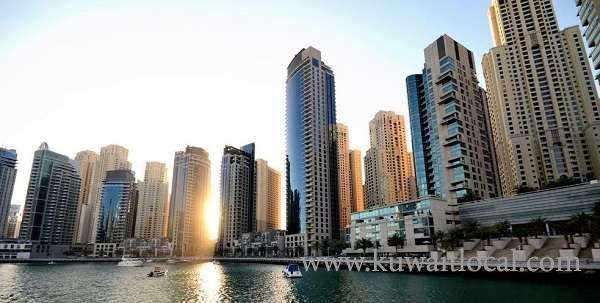 Rents are likely to fall by five to 10 percent in the next six months in Abu Dhabi, Dubai and Sharjah, according to real estate experts in the UAE. Redundancies and an oversupply of housing units are cited as the main reasons.

“Rents are dipping in Reem Island and Corniche owing to an oversupply of residential villas and apartments. Last year, a one bedroom apartment in Gate Tower on Reem Island was leasing for Dh90,000 annually. Now you can get it for Dh80,000,” said Ben Crompton, managing partner, leasing, sales and property management, Crompton Partners Estate Agents.

“During summer, we usually see rental prices go up as companies hire people during this time. But recent job cuts are likely to negatively impact rents in the capital. A fall between five and 10 percent is expected in the next six months,” Crompton said.

Craig Plumb, head of research – MENA, JLL, said villa and apartment rents have dropped by 10 percent in Abu Dhabi in the last 12 months and the trend is likely to continue. “A two-bedroom apartment in the Corniche area fetches between Dh120,000 and Dh140,000, a 10 percent drop over last year. A lot of housing units are lying vacant due to oversupply.”

Plumb said rents in Dubai have declined by three per cent for apartments and eight per cent for villas in the last year. “Rents are currently close to the bottom of their cycle,” he said. In Dubai Marina, for instance, rental prices have declined by 10 percent in the last year. Two-bedroom apartments here commanded a rent of Dh150,000 in 2016. Now they are available for Dh140,000.”

Niraj Masand, director, Banke, said two-bedroom apartments in Bur Dubai are renting out for Dh110,000. “Barely an year ago they were going for Dh140,000. Similarly in Karama two-bedroom apartments that fetched between Dh130,000 and Dh140,000 in 2016 are now available for as less as Dh100,000,” he said. Masand reckons Dubai will see a significant rent drop owing to oversupply in the market. “Despite prevailing market conditions, many landlords are refusing to lower their rents. As a result, many units have fallen vacant. Eventually, they will have to relent.”

Masand said like in other emirates, rents have also fallen in Sharjah because of oversupply of properties. “The slide is likely to continue for another six months. “Now you can get a two-bedroom apartment in Al Nahda for anything between Dh50,000 and Dh60,000. You had to pay at least 10-15 percent more for the same units last year. Besides oversupply, we are also seeing a ripple effect of what is happening in Dubai. Because of the rent drop there, many Sharjah residents are finding it the right time to move to Dubai, which has resulted in a lot of vacant flats in Sharjah. We predict rents will drop by another 10 percent in the emirate in the next six months.”

All Employees To Receive Full Salary Of April Month Without Any Deduction Citizens and expatriates will receive their full salaries in April without any loan deduction or other consumer installments, reports Al-Anba daily. The April salaries will be paid before the holy mon... April 05, 2020 1 14983 Category: General

Legal Action Against Sponsors Encouraging Workers To Leave Mahboula Area Kuwait Ministry of Interior (MoI) stopped expatriate workers from leaving Mahboula Area, south of Kuwait City, as instructed by their sponsors and ordered them to return to their homes, the ministry s... April 06, 2020 0 11917 Category: Coronavirus

Secretary Working in KOC Tested Positive for Coronavirus (Covid 19) An Indian secretary working for a contracting company for Kuwait Oil Company was found infected with coronavirus, Al Rai reported today. The paper said that 12 cases of contact with the secretary were... April 07, 2020 0 7605 Category: Coronavirus

Lockdown Jleeb & Mahboula and Curfew Time Extended The council of Ministers, in its extra ordinary cabinet meeting today decided to extend the curfew hours until six in the morning. The curfew will be from 5:00 pm till next day morning 6:00 am In a... April 06, 2020 0 7282 Category: Coronavirus

Legal Measures Will Be Taken Immediately On Housing Bachelors In Residential Areas The Minister of State for Municipal Affairs, Eng. Walid Al-Jasim, has state that he has directed concerned departments in the municipality to receive complaints by WhatsApp 24727732 about housing bach... April 07, 2020 0 6484 Category: Automotive

Curfew Extension And Area Wise Curfew Discussed In A Meeting Extending curfew hours as well as imposing area wise curfew, especially in areas with dense population of expatriates were among the several issues discussed by the ministerial committee in their meet... April 05, 2020 0 5081 Category: Coronavirus