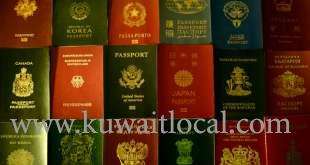 In a press statement after the committee meeting Thursday, Al-Zufairi confirmed that the concerned officials promised to issue the executive regulations for Commercial Agencies Law number 13/2016 within a month and the Public Authority for Youths Law number 100/2015 in three months.

According to the lawmaker, the committee has given priority to the report of its finance counterpart about the retirement of women, insurance and bonus for retired noncommissioned military personnel and individuals.

He disclosed the requests to grill HH the Prime Minister Sheikh Jaber Al-Mubarak Al- Hamad Al-Sabah will be included in the agenda of the legislative session slated for May 10, 2017. He added other items in the agenda include three reports of the Financial and Economic Affairs Committee on granting exceptional pension and other benefits for retired non-commissioned military personnel and individuals, reducing the retirement age by adding Article 69 (repeated) to the Amiri decree on retirement, and prohibition of charging interest on loans of the Public Institution for Social Security.

He went on to say the committee tackled updates on issuance of executive regulations for some laws adopted in the previous legislative terms but have yet to be implemented such law number 13/2016 on regulating commercial agencies and law number 100/2015 on the establishment of the Public Authority for Youths.

Business Drop By 95%, Alshaya Has Prepared To Reduce Costs Several businesses in Kuwait have begun feeling the pinch as a result of the measures taken by the government to contain the spread of coronavirus. Kuwait once a thriving market for retail and travel ... April 02, 2020 0 12154 Category: Kuwait

Gradual Implementation Of Total Curfew As Per Areas In Country Stringent measures have been enforced due to frequent increase in infection of coronavirus virus where marginal laborer are densely accommodated to contain the spread of infection. Sources stated t... April 01, 2020 0 8042 Category: Coronavirus

Coronavirus Cases In Mahboula On The Rise,MOH Officials Warned Residents To Stay Home Ministry of Health officials have warned residents of Mahboula area to taken extra precautionary measures and not venture outside unless absolutely necessary. In a video that has gone viral, a ministr... March 30, 2020 0 6058 Category: Coronavirus

Total Ban Options On Government Table Today The possibility of enforcing a full curfew is among the  options on the agenda of the Council of Ministers in their meeting tonight, Al Rai newspaper disclosed that a high ranking government reve... March 31, 2020 0 5923 Category: Coronavirus

28 New Coronavirus Cases - 24 Indians And 2 Bangaldeshi Among Them - Total 317 Apr 1: The Kuwaiti Ministry of Health announced Wednesday that 28 people were infected by the novel coronavirus, in the last 24 hours. Total confirmed virus cases are 317 1 case Kuwaiti national... April 01, 2020 0 5140 Category: Coronavirus

7 Indians Infected From Contact With Confirmed Coronavirus Case The Kuwaiti Ministry of Health announced Monday that 11 people were infected by the novel coronavirus, known as COVID-19, in the last 24 hours. With this, the total number of Indians confirmed with co... March 30, 2020 0 4802 Category: Coronavirus

Strict Curfew In Jleeb Al Shuyoukh Jleeb Al Shuyouk has come under the radar of the Ministry of Health who have begun taking rounds in the area to ensure precautionary measures are being followed to contain the spread of coronavirus. ... March 31, 2020 0 4409 Category: Automotive
Popular Videos