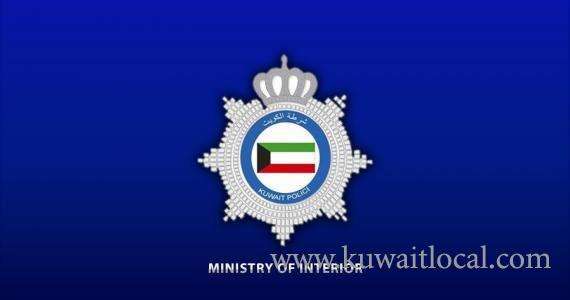 Interior Ministry Undersecretary Lieutenant General Sulaiman Al-Fahad on Monday met in his office Maria Grazia Giammarinaro, the United Nations’ Special Rapporteur on trafficking in persons, especially in women and children, and her accompanying delegation. Other security officials and International Organization for Migration (IOM) Chief of Mission in Kuwait Iman Ereiqat were also present at the meeting.

During the meeting, Al-Fahad affirmed the commitment of the security institution, represented by its different sectors, to apply laws on respecting human rights and human dignity. He stressed that protection is guaranteed for everyone who resides in Kuwait regardless of their gender, religion or faith.

He reaffirmed the ministry’s commitment to protect the rights of workers in all levels. He said the security institution has taken bold and significant steps in protecting rights while opening doors for cooperation and exchange of visits with the United Nations and other international organizations to benefit from their experiences.

He presented to his guests the awareness and orientation campaigns being carried out by the security institution. He also disclosed that Kuwait will soon host the first regional conference on protecting children from the dangers of social media, with the participation of international experts in the framework of continued efforts in this regard.

On the other hand, Giammarinaro expressed gratitude to Kuwait, stressing that she is happy to visit the country and satisfied with the efforts exerted by the Interior Ministry in the human rights field. She pointed out the visit a chance for open and frank discussion on human rights and human trafficking.

Meanwhile, Assistant Undersecretary for Correctional Institutions and Sentences Enforcement Major General Khald Al-Dayen met Giammarinaro, the accompanying delegation and Ereiqat. In the meeting, he briefed the delegation on the most important issues, ways of dealing with human trafficking cases and procedures followed by the ministry. They also watched a documentary film on the services provided to inmates in correctional facilities.

Furthermore, Giammarinaro praised what she saw in the presentation and procedures. She and her accompanying delegation visited the correctional facility to personally look into work procedures and programs implemented there.

All Employees To Receive Full Salary Of April Month Without Any Deduction Citizens and expatriates will receive their full salaries in April without any loan deduction or other consumer installments, reports Al-Anba daily. The April salaries will be paid before the holy mon... April 05, 2020 1 14955 Category: General

Legal Action Against Sponsors Encouraging Workers To Leave Mahboula Area Kuwait Ministry of Interior (MoI) stopped expatriate workers from leaving Mahboula Area, south of Kuwait City, as instructed by their sponsors and ordered them to return to their homes, the ministry s... April 06, 2020 0 11884 Category: Coronavirus

Secretary Working in KOC Tested Positive for Coronavirus (Covid 19) An Indian secretary working for a contracting company for Kuwait Oil Company was found infected with coronavirus, Al Rai reported today. The paper said that 12 cases of contact with the secretary were... April 07, 2020 0 7590 Category: Coronavirus

Lockdown Jleeb & Mahboula and Curfew Time Extended The council of Ministers, in its extra ordinary cabinet meeting today decided to extend the curfew hours until six in the morning. The curfew will be from 5:00 pm till next day morning 6:00 am In a... April 06, 2020 0 7271 Category: Coronavirus

Legal Measures Will Be Taken Immediately On Housing Bachelors In Residential Areas The Minister of State for Municipal Affairs, Eng. Walid Al-Jasim, has state that he has directed concerned departments in the municipality to receive complaints by WhatsApp 24727732 about housing bach... April 07, 2020 0 6458 Category: Automotive

No Decision Of Full Curfew In Mahboula , Farwaniya And Jleeb Shyoukh Yet No official instructions have been received yet by the Ministry of Interior to impose full curfew in Jleeb Al Shuyouk, Mahboula and Farwaniya, as claimed by some social media sites. News circulating t... April 06, 2020 0 5273 Category: Coronavirus