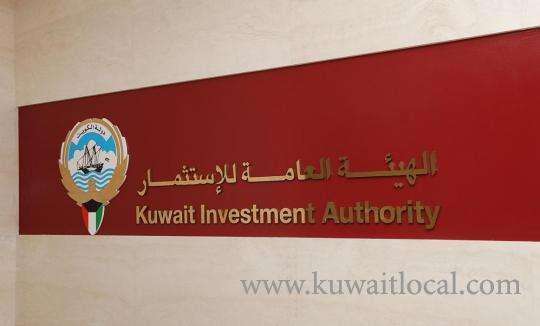 Kuwait Investment Authority (KIA), one of the world’s biggest sovereign wealth funds, said it had incurred a loss of 312 million dinars ($1.03 billion) in the financial year ended in March 2016, according to the country’s state news agency. The loss was 0.2 percent of total assets, KUNA quoted a KIA statement as saying late on Monday, denying local media reports of bigger losses.

KIA rarely comments on its financial performance. Its statement implies the fund had assets of about $515 billion; the Sovereign Wealth Fund Institute, which tracks the industry, has estimated KIA’s assets at $592 billion. Among KIA’s high-profile investments, it owns 6.8 percent of German automaker Daimler AG and a 4.8 percent stake in French nuclear power firm Areva SA, according to Thomson Reuters data. In its statement, KIA said: “It is unprofessional to judge a performance of one year, during which the market was down.” It said its performance for a 20-year period had been positive and outmatched other sovereign funds. It did not reveal its returns for the latest fiscal year ended in March 2017. KIA was founded on Feb 23 1953 to manage the funds of the Kuwaiti Government in light of financial surpluses after the discovery of oil.

KIA is the world’s first and oldest sovereign wealth fund. KIA manages the Kuwait General Reserve Fund, the Kuwait Future Generations Fund, as well as any other assets committed by the Ministry of Finance.

To put KIA’s size into perspective, the Kuwait Future Generations Fund has 15% of annual oil revenues added to it. KIA’s board of directors is headed by the minister of finance with other seats allocated to the Energy Minister, Governor of the Central Bank of Kuwait, Undersecretary of the Ministry of Finance, and 5 other nationals who are experts in the field, 3 of which should not hold any other public office. KIA is estimated to have more than $592 billion in assets, and is one of the largest Sovereign Wealth Funds in the world.

All Employees To Receive Full Salary Of April Month Without Any Deduction Citizens and expatriates will receive their full salaries in April without any loan deduction or other consumer installments, reports Al-Anba daily. The April salaries will be paid before the holy mon... April 05, 2020 1 14525 Category: General

Legal Action Against Sponsors Encouraging Workers To Leave Mahboula Area Kuwait Ministry of Interior (MoI) stopped expatriate workers from leaving Mahboula Area, south of Kuwait City, as instructed by their sponsors and ordered them to return to their homes, the ministry s... April 06, 2020 0 11271 Category: Coronavirus

Locck Down Jleeb & Mahboula and Curfew Time Extended The council of Ministers, in its extra ordinary cabinet meeting today decided to extend the curfew hours until six in the morning. The curfew will be from 5:00 pm till next day morning 6:00 am In a... April 06, 2020 0 7093 Category: Coronavirus

Secretary Working in KOC Tested Positive for Coronavirus (Covid 19) An Indian secretary working for a contracting company for Kuwait Oil Company was found infected with coronavirus, Al Rai reported today. The paper said that 12 cases of contact with the secretary were... April 07, 2020 0 7048 Category: Coronavirus

Legal Measures Will Be Taken Immediately On Housing Bachelors In Residential Areas The Minister of State for Municipal Affairs, Eng. Walid Al-Jasim, has state that he has directed concerned departments in the municipality to receive complaints by WhatsApp 24727732 about housing bach... April 07, 2020 0 5535 Category: Automotive

No Decision Of Full Curfew In Mahboula , Farwaniya And Jleebshyoukh Yet No official instructions have been received yet by the Ministry of Interior to impose full curfew in Jleeb Al Shuyouk, Mahboula and Farwaniya, as claimed by some social media sites. News circulating t... April 06, 2020 0 5223 Category: Coronavirus

Visit Visa Violators Can Leave Country In Their Own Ticket; No Renewal Until Work Resumes The Administration of Residence Affairs Department will not renew visit or commercial visas until after the ministry resumes its work which is slated to begin on April 14 if the virus cases subside, r... April 05, 2020 0 4108 Category: Visit Visa
Popular Videos