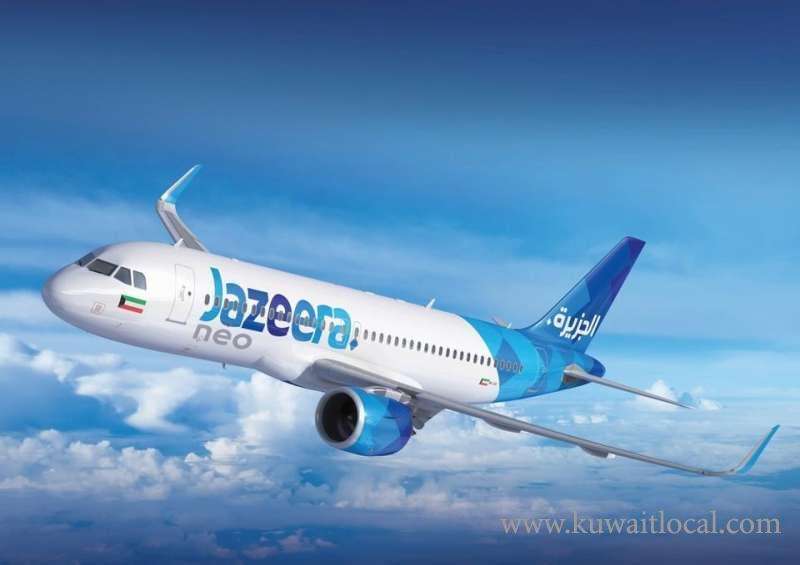 The airline has previously launched flights to Hyderabad, Kochi, Mumbai and Ahmedabad over the past year.
Jazeera Airways, the Kuwaiti low-cost airline, has announced it will start serving New Delhi, India with four return flights weekly starting from December 15.

The launch of the new route comes as part of the carrier's expansion to serve the large Indian community and business sector in Kuwait.

The airline has previously launched flights to Hyderabad, Kochi, Mumbai and Ahmedabad over the past year.

The Kuwait-New Delhi route will be operated by return flights on Tuesday, Wednesday, Thursday and Saturday, the airline said in a statement.

Jazeera Airways CEO, Rohit Ramachandran, said: “We are excited to be serving the capital of India, New Delhi, and to launch our new schedule ahead of the upcoming season holidays.

"This is a new milestone for Jazeera Airways as it expands its network and brings more choice to travellers to and from India, connecting them to Kuwait and other cities in the GCC and Middle East that are served within our network.”

Gradual Implementation Of Total Curfew As Per Areas In Country Stringent measures have been enforced due to frequent increase in infection of coronavirus virus where marginal laborer are densely accommodated to contain the spread of infection. Sources stated t... April 01, 2020 0 7773 Category: Coronavirus

Coronavirus Cases In Mahboula On The Rise,MOH Officials Warned Residents To Stay Home Ministry of Health officials have warned residents of Mahboula area to taken extra precautionary measures and not venture outside unless absolutely necessary. In a video that has gone viral, a ministr... March 30, 2020 0 5971 Category: Coronavirus

Total Ban Options On Government Table Today The possibility of enforcing a full curfew is among the  options on the agenda of the Council of Ministers in their meeting tonight, Al Rai newspaper disclosed that a high ranking government reve... March 31, 2020 0 5771 Category: Coronavirus

28 New Coronavirus Cases - 24 Indians And 2 Bangaldeshi Among Them - Total 317 Apr 1: The Kuwaiti Ministry of Health announced Wednesday that 28 people were infected by the novel coronavirus, in the last 24 hours. Total confirmed virus cases are 317 1 case Kuwaiti national... April 01, 2020 0 5011 Category: Coronavirus

7 Indians Infected From Contact With Confirmed Coronavirus Case The Kuwaiti Ministry of Health announced Monday that 11 people were infected by the novel coronavirus, known as COVID-19, in the last 24 hours. With this, the total number of Indians confirmed with co... March 30, 2020 0 4756 Category: Coronavirus