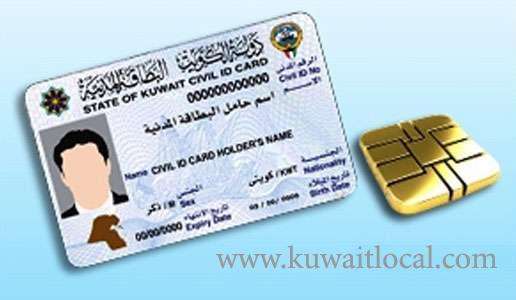 Director General of Public Authority for Civil Information (PACI) Musaed Al-Asousi announced the launch of an online service that will allow expatriates to confirm and amend their names in English prior to the issuance of their Civil ID cards.

In a press statement, Al-Asousi indicated that the launch of this service is aimed at easing the procedures for people, and expanding in the use of computers in order to avoid repeated visitations to PACI and Ministry of Interior. He explained that the service enables expatriates to access the PACI site and ensure correctness of their personal data. In case there is a mistake, they can request for amendments.

The service gives authority to the concerned employees of PACI to rectify spelling mistakes in the names of expatriates in English, which will expedite the process for the clients.

Al-Asousi revealed that discussions during a meeting held last week with Director General of Residency Affairs and Director General of Information Center at Ministry of Interior were concerning some technical issues related to cancellation of residency stickers on the passports of expatriates, and other related issues which are meant to avoid some data-entry mistakes and ease the procedure. He said the meeting agreed on installing electronic machine readers for passports at the immigration centers, especially since this service will reduce typing errors when it comes to names written in English.

Meanwhile, several expatriates who visited Farwaniya Residency Affairs Department said their suffering has increased when compared to the past despite the cancellation of the residency stickers on passports. They revealed that the congestion in this department has increased due to the less number of employees who are in charge of transactions related to residence permits.

They urged the concerned authorities to improve the conditions of this department in order to ease the procedures relating to residence permits and various types of visas, as well as seek assistance from the Capital Department which has less number of visitors. During an investigative interview, one of the visitors “Abu Jamal” expressed his frustration as it took him almost eight hours, starting from 6 am, to complete his transaction. He affirmed that the security and immigration officers are kind to the visitors, but the main problem is lack of sufficient number of officers to deal with the huge number of visitors, which results in piling up of transactions.

In addition, Umm Fathi said she had to return the next day because the immigration officer decided to deal only with residence permits that were to expire that day, adding that there was also lack of waiting areas for women, and insufficient seats for visitors. She indicated that the previous location of the residency department in Dhajeej area was better than the current location in Riggae.

Another visitor Hamid Subhi said the process of renewing residency has become more difficult than before, adding, “It is considered as a difficult day for an expatriate when he has to personally attend to such process”. He suggested having several locations where such transactions can be accomplished in order to reduce the suffering that expatriates endure especially in Farwaniya Governorate where the number of expatriates exceeds one million. As per official statistics issued by PACI as of December 2018, Farwaniya Governorate has 1,200,377 residents, comprising of 243,491 citizens and approximately 900,000 expatriates.

How To Update Your Civil ID Name In PACI Website

Verify Spellings On Civil ID And Passport, Mistake Could Prevent Entry And Exit From Kuwait

MoE Allows Travel Without Leave Permits For Resident Teachers, Staff The Ministry of Education (MoE) said Monday that resident teachers and ministry staff can travel back to their respective countries without needing a leave permit. According to the ministry’s tw... March 24, 2020 2 7524 Category: Kuwait

Full Curfiew Is An Available Option On Table MOH spokesperson Dr. Abdullah Al-Sanad says that issuing "Full Curfew" decision is an available option to limit the spread of the Novel #Coronavirus, but we hope that we do not reach to this... March 25, 2020 0 5376 Category: Coronavirus

Banks To Postpone Installment Premiums And Credit Card Payments Without Interest Kuwait banks have decided to postpone loan installments of Kuwaiti citizens and Small and Medium Enterprises (SMEs) for a period of six months and freezing of the interest payment during that time, Al... March 25, 2020 0 5035 Category: Coronavirus

COVID-19 Outbreak In Kuwait Under Control - Health Minister Minister of Health Sheikh Dr. Basel Al-Sabah has assured the novel coronavirus (COVID-19) outbreak in Kuwait is manageable. The ministry is monitoring on daily basis some cases of those who had con... March 24, 2020 0 3964 Category: Coronavirus

8 Deportees Among 350 Egyptians To Fly Tomorrow Sources at DGCA revealed that a second Egypt Air flight will carry 350 Egyptians to their country at 4pm on Wednesday, tomorrow. The sources stated that the scheduled flight will arrive tomorrow morni... March 24, 2020 0 3923 Category: Coronavirus

Kuwait Social Affairs Ministry Launches Donation Campaign The Kuwaiti Ministry of Social Affairs on Friday approved launching a campaign to raise donations on Saturday for fighting coronavirus. Up to 41 Kuwaiti charities will pariticpate in the campaign, pro... March 27, 2020 0 3609 Category: Coronavirus