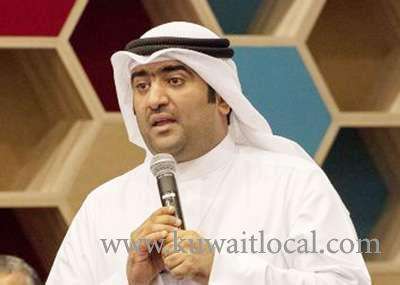 Minister of Industry and Commerce Khaled Al-Roudhan said on Friday the Kuwaiti government and parliament are working on a new package of legislations to facilitate private investment and create jobs.

The new laws aim to alleviate burdens on the government and maximize benefit from national workforce, said Al-Roudhan who is also acting minister of state for youth affairs.

Al-Roudhan noted that the new government tendency is meant to improve the business environment, combat unemployment and encourage youth to work in the private sector, particularly in the industrial field.

"Regarding the business sector, the Kuwaiti government launched more industrial areas and furnished them with integrated services and offered incentives for private sector companies," he pointed out.

Dealing with the obstacles facing entrepreneurship, he said bureaucracy used to be the main impediment; this is why the government adopted measures to cut red tape so as to facilitate work in this vital sector.

"The new measures reduced to just seven days the time needed to get license for a private company; this contributed to the launching of 873 companies since last April," the minister revealed.

"The government is preparing for amending the act of Kuwait National Fund for Small and Medium Enterprise Development in a way that enables the fund to protect the interests of owners of small and medium-sized enterprises (SMEs) and linking them with the competent state bodies," he went on.

The workshop gathered dozens of decision-makers, CEOs of leading global corporations, and successful entrepreneurs from MENA and beyond.

Speakers at the event shed light on the deal reached in late March by the US E-commerce giant Amazon to acquire the largest online retail platform in the Arab world Souq.com that reports over 45 million visits per month.

Besides Al-Roudhan, Kuwait's delegation to the gathering includes Minister of Social Affairs and Labor and Minister of State for Economic Affairs Hind Al-Sabeeh as well as several senior officials, economists and business leaders.

Coronavirus Cases In Mahboula On The Rise,MOH Officials Warned Residents To Stay Home Ministry of Health officials have warned residents of Mahboula area to taken extra precautionary measures and not venture outside unless absolutely necessary. In a video that has gone viral, a ministr... March 30, 2020 0 5566 Category: Coronavirus

7 Indians Infected From Contact With Confirmed Coronavirus Case The Kuwaiti Ministry of Health announced Monday that 11 people were infected by the novel coronavirus, known as COVID-19, in the last 24 hours. With this, the total number of Indians confirmed with co... March 30, 2020 0 4603 Category: Coronavirus

Gulf Bank Postpones Loans And Credit Card Installments Gulf Bank will postpone all installments of consumer loans and credit cards for six months for all Gulf Bank customers. Moreover, all interest and fees related to these transactions will be waived. Th... March 29, 2020 0 3974 Category: Coronavirus

Strict Curfew In Jleeb Al Shuyoukh Jleeb Al Shuyouk has come under the radar of the Ministry of Health who have begun taking rounds in the area to ensure precautionary measures are being followed to contain the spread of coronavirus. ... March 31, 2020 0 3843 Category: Automotive

9 Indians And 3 Bangladeshi Among 20 New Coronavirus Infected Persons The Kuwaiti Ministry of Health announced on Sunday that a further 20 people were infected by the novel coronavirus, known as COVID-19, in the last 24 hours. This brings the Gulf country’s tally ... March 29, 2020 0 3810 Category: Coronavirus