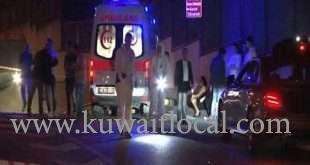 Also killed in the same shooting by unknown gunmen was the owner of a leading Persian- language satellite entertainment channel based outside of Iran, Turkish media reports said Sunday. Said Karimian, the owner of the GEM TV Group and a British citizen of Iranian origin, was gunned down late Saturday along with a Kuwaiti business partner in the upscale Maslak district of Istanbul, the Hurriyet newspaper said. Initial reports on Saturday had said two Iranians had been killed, without giving the identities.

In a statement on its Facebook page, GEM TV confirmed that Karimian had died but without making clear the circumstances of the death. “With great sorrow and regret we announce the death of Said Karimian,” it said, describing him as a “great man who with a pure and kind spirit spent his life with honesty and sincerity for dignity of Iran”. Dogan news agency said that the two men were shot dead while driving in the Maslak area by individuals in another vehicle who blocked the path of their car, got out, and gunned them down. The assailants got away in their vehicle which was then found burned out in the Istanbul district of Kemerburgaz.

Police are still trying to find them, Dogan said. Footage broadcast by the news agency showed the targeted vehicle in Maslak with at least one bullet hole through the window. It also showed that the suspected getaway car had been turned into a burned out wreck after being left in the hard shoulder of a road and set on fire. Reports said that Karimian died on the spot after the shooting while the Kuwaiti later died in hospital. Based in Dubai, GEM-TV offers Western programmes to Persianspeaking audiences that are not available in the Islamic Republic including US game shows and Turkish soaps. It is regarded with disdain by Tehran which sees such satellite channels as trying to culturally infiltrate the population and Westernise their lifestyle.

The group has been on a large expansion offensive, recently adding several new channels and recruiting Iranian artists and staff from inside and abroad. Conservative Iranian media reports meanwhile said Karimian was linked in the past to The People’s Mujahedeen of Iran (PMOI), an exiled opposition group which Tehran sees as a criminal network aiming to bring down the Iranian government. The judiciary’s Mizanonline agency said Karimian had gone to the PMOI’s Ashraf base inside Iraq at the end of the 1980-1988 Iran-Iraq war.

The conservative Fars news agency alleged Karimian had spent eight years at Ashraf before going to Switzerland in 1996. The National Council of Resistance of Iran (NCRI), a Paris-based political group seen as the political wing of the PMOI, denounced the claims as a fabrication, accusing Iranian media of doctoring photographs. It claimed the shooting was an “assassination” carried out by the Iranian regime, adding that Tehran wanted to attribute it to the PMOI. Gun-related crime is relatively common in Istanbul although targeted assassinations are far from an everyday occurrence. Yet the city has become notorious as the site of a string of killings of at least half a dozen Chechens, including figures linked to the insurgency in the Caucasus. Activists have blamed Russian intelligence although this has never been confirmed.

Labour Camp In Mahboula Quarantined After Technician Tested Positive Covid19 A labour camp in Mahboula area housing almost 600 workers has been quarantined informed sources told The Times, Kuwait On discovery that one Indian technician who was staying at the camp was tested CO... March 28, 2020 0 6294 Category: Automotive

Banks To Postpone Installment Premiums And Credit Card Payments Without Interest Kuwait banks have decided to postpone loan installments of Kuwaiti citizens and Small and Medium Enterprises (SMEs) for a period of six months and freezing of the interest payment during that time, Al... March 25, 2020 0 5117 Category: Coronavirus

Kuwait Social Affairs Ministry Launches Donation Campaign The Kuwaiti Ministry of Social Affairs on Friday approved launching a campaign to raise donations on Saturday for fighting coronavirus. Up to 41 Kuwaiti charities will pariticpate in the campaign, pro... March 27, 2020 0 3660 Category: Coronavirus 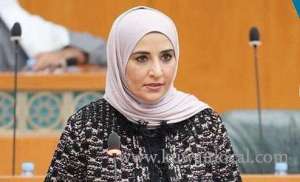 Private Sector Unpaid Wages Issue Will Be Addressed Soon - Ministry Of Social Affairs Minister of Social Affairs Mariam Al-Aqeel revealed yesterday during a Kuwait TV broadcast that her department is currently thinking over how to deal with private sector employers who have not paid th... March 27, 2020 0 3507 Category: Coronavirus 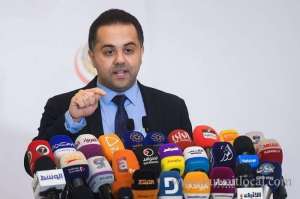 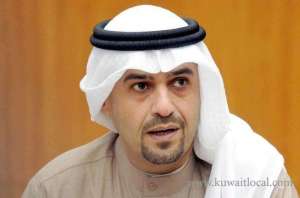 Government Doesn't Hesitate To Extend Partial Curfew To Full Curfew Interior Minister said on Saturday the Gov. it will not hesitate to extend the partial curfew or to take more drastic measures and that a countrywide full curfew is on the table if the public fails to... March 28, 2020 0 3407 Category: Coronavirus
Popular Videos