Advanced Search
Leaves Cancelled As Government Gears Up To Tackle Threat During The Natioanl Holidays
Category: Holidays in Kuwait

In the face of threats to the security and stability of the nation during the national holidays, a highranking security official said the Interior Ministry is able to protect the homeland, the citizens and the residents of this land.

The official revealed the competent security agencies have already spotted a number of threats and the Interior Ministry will treat these threats very seriously. The source pointed out there is a security plan to be implemented and the data in the state security concerning the suspects has been activated to prevent their entry into the country on the strength of visit visas.

The source added, strict instructions have been given to the concerned bodies to be always on the lookout and careful and cautious during the influx of visitors and tourists who may enter the country under the pretext of taking part in the celebrations.

The source stressed personnel from the Interior Ministry are ready to face any emergency and all set to thwart any plans, pointing out the security plan is over seen directly by the Minister of Interior Sheikh Mohammad Al-Khalid and the Undersecretary of the Ministry Lieutenant Sulaiman Al-Fahd.

Meanwhile, Ministry of Interior issued a decision Tuesday halting all annual and administrative leaves in all sectors of the ministry until the end of Hala February Festival.

The same sources explained the decision was issued to sustain the safety and security of citizens and expatriates during the National Days celebration. And, employees of a number of airline companies and travel agencies attributed the decline in overseas travels during the National holidays to the hard economic situation of the country particularly with the decline in oil prices and the government intention to adopt austerity measures and reduce stipends for employees.

They indicated that the airlines companies have ensured sufficient capacity in their airplanes to accommodate the passengers during the National holidays except ‘FlyDubai’, which added 22 additional flights between February 23rd and 27th.

The employees revealed that the destinations most passengers prefer travelling to are Dubai, Cairo, Beirut and Istanbul while others like to travel for performing Umra.

Business Drop By 95%, Alshaya Has Prepared To Reduce Costs Several businesses in Kuwait have begun feeling the pinch as a result of the measures taken by the government to contain the spread of coronavirus. Kuwait once a thriving market for retail and travel ... April 02, 2020 0 14818 Category: Kuwait

All Employees To Receive Full Salary Of April Month Without Any Deduction Citizens and expatriates will receive their full salaries in April without any loan deduction or other consumer installments, reports Al-Anba daily. The April salaries will be paid before the holy mon... April 05, 2020 1 13934 Category: General

Legal Action Against Sponsors Encouraging Workers To Leave Mahboula Area Kuwait Ministry of Interior (MoI) stopped expatriate workers from leaving Mahboula Area, south of Kuwait City, as instructed by their sponsors and ordered them to return to their homes, the ministry s... April 06, 2020 0 8713 Category: Coronavirus

Locck Down Jleeb & Mahboula and Curfew Time Extended The council of Ministers, in its extra ordinary cabinet meeting today decided to extend the curfew hours until six in the morning. The curfew will be from 5:00 pm till next day morning 6:00 am In a... April 06, 2020 0 6496 Category: Coronavirus

No Decision Of Full Curfew In Mahboula , Farwaniya And Jleebshyoukh Yet No official instructions have been received yet by the Ministry of Interior to impose full curfew in Jleeb Al Shuyouk, Mahboula and Farwaniya, as claimed by some social media sites. News circulating t... April 06, 2020 0 5087 Category: Coronavirus

Curfew Extension And Area Wise Curfew Discussed In A Meeting Extending curfew hours as well as imposing area wise curfew, especially in areas with dense population of expatriates were among the several issues discussed by the ministerial committee in their meet... April 05, 2020 0 5032 Category: Coronavirus

Visit Visa Violators Can Leave Country In Their Own Ticket; No Renewal Until Work Resumes The Administration of Residence Affairs Department will not renew visit or commercial visas until after the ministry resumes its work which is slated to begin on April 14 if the virus cases subside, r... April 05, 2020 0 4035 Category: Visit Visa 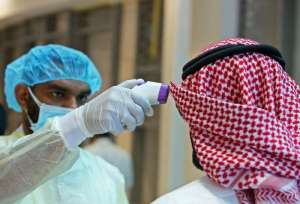 Kuwait Govt Has Extended Official Holidays To April 25, Curfew By 2 Hours In The Morning 4.00 Am To 6.00 Am Kuwait government has extended curfew hours in the morning from 4.00 am to 6.00 am to further reduce the movement of people and try to contain the spread of the Coronavirus in the country. In its cur... April 06, 2020 0 3198 Category: Coronavirus
Popular Videos