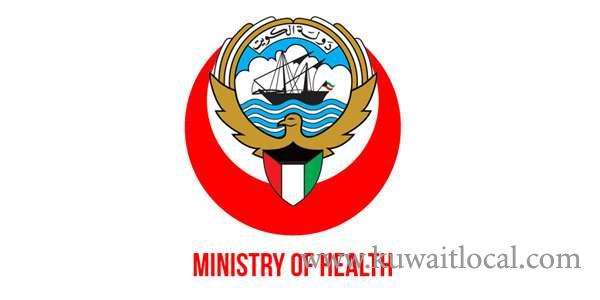 Ministry of Health will soon form a committee for studying the contradictory opinions and arguments between pediatricians and pharmacists concerning treatment for asthma, reports Aljarida daily quoting informed sources.

They revealed that the committee will be assigned to give necessary suggestions concerning the suitable procedure which will be based on the latest medical references and can bring an end to the arguments.

Meanwhile, Ministry of Health declared that the 20th Kuwait Ophthalmology, Optometry and Glaucoma Conference will be held on December 1-3 under the patronage of Minister of Health Dr Bassel Al-Sabah. In a press release, Head of the conference Dr Nasser Al-Jumai’an said the conference will focus on the latest methods for diagnosis, treatment and surgery for eyes particularly for glaucoma.

In addition, Assistant Undersecretary for Food and Medicine at the ministry Dr Abdullah Al-Bader announced the launch of an electronic system and database for finding production details of medicines using barcode. He explained that the system will help retrieve details related to any medicines from the time they left the factory, was registered at the storehouse and until they reach the patients.

Dr Al-Bader affirmed that such a system will help in confronting the issue of fake medicines and in finding medicines when required, adding that this system is used in 150 countries and has been adopted by most of the international companies.

Gradual Implementation Of Total Curfew As Per Areas In Country Stringent measures have been enforced due to frequent increase in infection of coronavirus virus where marginal laborer are densely accommodated to contain the spread of infection. Sources stated t... April 01, 2020 0 7789 Category: Coronavirus

Total Ban Options On Government Table Today The possibility of enforcing a full curfew is among the  options on the agenda of the Council of Ministers in their meeting tonight, Al Rai newspaper disclosed that a high ranking government reve... March 31, 2020 0 5778 Category: Coronavirus

28 New Coronavirus Cases - 24 Indians And 2 Bangaldeshi Among Them - Total 317 Apr 1: The Kuwaiti Ministry of Health announced Wednesday that 28 people were infected by the novel coronavirus, in the last 24 hours. Total confirmed virus cases are 317 1 case Kuwaiti national... April 01, 2020 0 5022 Category: Coronavirus