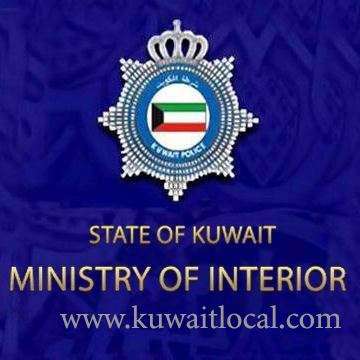 Ministry of Interior has issued a decision to reject any request presented by Syrian nationals for amendment of their nationality in their official records following their acquisition of Sudanese passports, reports Al-Anba daily quoting security sources.

They revealed that ten Syrian expatriates had so far applied for change in citizenship status from Syrian to Sudanese. The sources explained that Ministry of Interior took such a decision after being notified by Sudanese authorities that several Syrian nationals managed to acquire Sudanese passports by suspiciously dodging the law, a matter that poses a threat to the national security.

The authorities in Khartoum affirmed that they issued Sudanese passports to many Syrian nationals but they are temporary and will not be renewed following expiry, adding that they recently stopped issuing Sudanese citizenship certificates and passports to non- Sudanese nationals.

Agencies
Based on this information, Ministry of Interior sent a circular to all its agencies, instructing not to amend the status of any Syrian expatriate who presents a Sudanese passport. Due to their keenness to obtain passports of other countries in order to ease suspicions and facilitate their movements, many Syrian refugees have been applying for foreign citizenships. As per an article in the Sudanese website Enab Baladi, Sudan has been the only Arab country that accepted Syrians without demanding visas or any other conditions or restrictions.

However, reports began to emerge that Syrians who enter Sudan were able to obtain Sudanese business passports by paying $10,000. This issue caused conflicts between those who stress the need to assist Syrians and those who completely rejected such a citizenship deal.

There are more than 130,000 Syrians living in Sudan where they have been working without holding work permits. Syrian students are being charged the same fees as Sudanese students in public colleges. According to a report published in Masr Al-Arabiya on September 2016, many Syrians tried sneaking into Egypt from Sudan by paying up to $800 to human traffickers, because Egypt has a larger economic market with greater job opportunities compared to Sudan.

An unidentified Sudanese human trafficker revealed that he smuggled up to 30 Syrians to Egypt in a day through dangerous desert areas. Moreover, many Syrians desire to join members of their families who traveled to Egypt before Egyptian authorities started imposing visas for Syrians from July 2013. Some others travel to Egypt with the aim of immigrating to Europe.

Labour Camp In Mahboula Quarantined After Technician Tested Positive Covid19 A labour camp in Mahboula area housing almost 600 workers has been quarantined informed sources told The Times, Kuwait On discovery that one Indian technician who was staying at the camp was tested CO... March 28, 2020 0 7004 Category: Automotive

Coronavirus Cases In Mahboula On The Rise,MOH Officials Warned Residents To Stay Home Ministry of Health officials have warned residents of Mahboula area to taken extra precautionary measures and not venture outside unless absolutely necessary. In a video that has gone viral, a ministr... March 30, 2020 0 5558 Category: Coronavirus

7 Indians Infected From Contact With Confirmed Coronavirus Case The Kuwaiti Ministry of Health announced Monday that 11 people were infected by the novel coronavirus, known as COVID-19, in the last 24 hours. With this, the total number of Indians confirmed with co... March 30, 2020 0 4600 Category: Coronavirus

Gulf Bank Postpones Loans And Credit Card Installments Gulf Bank will postpone all installments of consumer loans and credit cards for six months for all Gulf Bank customers. Moreover, all interest and fees related to these transactions will be waived. Th... March 29, 2020 0 3961 Category: Coronavirus

Strict Curfew In Jleeb Al Shuyoukh Jleeb Al Shuyouk has come under the radar of the Ministry of Health who have begun taking rounds in the area to ensure precautionary measures are being followed to contain the spread of coronavirus. ... March 31, 2020 0 3813 Category: Automotive

9 Indians And 3 Bangladeshi Among 20 New Coronavirus Infected Persons The Kuwaiti Ministry of Health announced on Sunday that a further 20 people were infected by the novel coronavirus, known as COVID-19, in the last 24 hours. This brings the Gulf country’s tally ... March 29, 2020 0 3809 Category: Coronavirus