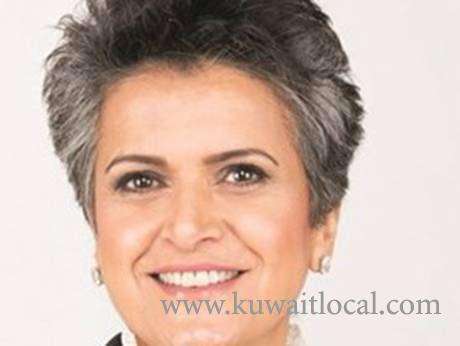 MP Safa Al Hashem said she was adamant that a tax be imposed on remittances by expatriates. The tax will be between three and five percent and will thus take into consideration the differences between the foreigners with low income, such as drivers and domestic helpers, and the others who usually make high remittances, she said.

Al Hashem, the only woman in the 50-member parliament, has been spreading a movement by lawmakers to press for taxing remittances, arguing that it would limit the amount of cash transferred out of the country to re-invest it in the local economy and would allow for extra revenues for the state.

Last week, the governor of Kuwait’s central bank said he did not support the proposal. “The bank does not support taxes on remittances because their negative impact on the overall economy is far greater than the expected income,” Mohammad Al Hashel said.

“The remittance figures being circulated in the media are exaggerated. We must take into consideration that the imposition of such a tax entails operational and administrative costs and expatriates will most likely resort to other channels to transfer their money to their home countries in a bid to avoid paying the extra fees.”

However, Al Hashem, on Sunday, rejected the governor’s statement. “The statement by the governor of the Central Bank is purely political and is part of the policy of courtesy pursued by the government. He was wrong when he said the tax would not constitute a source of income,” she said in remarks carried by Kuwaiti daily Al Anba.

“In fact, it is exactly the opposite. The remittances by expatriates are $14 billion and the imposition of taxes of three to five percent will mean that 0.03 percent of the value of the remittances will constitute an additional income for the state.”

Al Hashem claimed that some Gulf countries have imposed a six per cent tax on remittances. “It is normal that some money exchangers would be unhappy about the tax on remittances because it would mean less money gained for them. As for the claim that the tax would create a parallel or a black market, the government, the Central Bank and the Ministry of Finance have to assume their responsibilities and ensure a tight monitoring and control of the situation,” she said.

Lawmakers who opposed the proposal to introduce a tax on remittances assailed as “nonsensical” and argued that it would have negative impacts on both Kuwaitis and foreigners and would exacerbate negative sentiment within the community.

“We do understand the significance of discussing the issue of high numbers of foreigners living in Kuwait and the negative effects on the country’s demographics, but we cannot tolerate making life harder and economically more challenging for expatriates who have been legally recruited nor do we accept threatening them every now and them with deportation,” the lawmakers said.

MP Mohammad Al Hayef said imposing taxes on remittances was a violation of Islamic principles. “In Islam, people who earn money are requested to contribute 2.5 percent of their income to the community under the pillar of Zakat,” he said.

“However, Zakat is an annual duty while remittances can be made every month. Therefore, it is not acceptable from a religious perspective. At the same time, we have to appreciate that it is not fair to impose taxes on people who leave their country and live away from their family to make money and then they are asked to pay taxes on their remittances. We really need to be cautious because by imposing such a tax, we might be opening a window for money smuggling,” he said.

Labour Camp In Mahboula Quarantined After Technician Tested Positive Covid19 A labour camp in Mahboula area housing almost 600 workers has been quarantined informed sources told The Times, Kuwait On discovery that one Indian technician who was staying at the camp was tested CO... March 28, 2020 0 7114 Category: Automotive

Coronavirus Cases In Mahboula On The Rise,MOH Officials Warned Residents To Stay Home Ministry of Health officials have warned residents of Mahboula area to taken extra precautionary measures and not venture outside unless absolutely necessary. In a video that has gone viral, a ministr... March 30, 2020 0 5757 Category: Coronavirus

Total Ban Options On Government Table Today The possibility of enforcing a full curfew is among the  options on the agenda of the Council of Ministers in their meeting tonight, Al Rai newspaper disclosed that a high ranking government reve... March 31, 2020 0 5187 Category: Coronavirus

7 Indians Infected From Contact With Confirmed Coronavirus Case The Kuwaiti Ministry of Health announced Monday that 11 people were infected by the novel coronavirus, known as COVID-19, in the last 24 hours. With this, the total number of Indians confirmed with co... March 30, 2020 0 4681 Category: Coronavirus

Strict Curfew In Jleeb Al Shuyoukh Jleeb Al Shuyouk has come under the radar of the Ministry of Health who have begun taking rounds in the area to ensure precautionary measures are being followed to contain the spread of coronavirus. ... March 31, 2020 0 4229 Category: Automotive

Gulf Bank Postpones Loans And Credit Card Installments Gulf Bank will postpone all installments of consumer loans and credit cards for six months for all Gulf Bank customers. Moreover, all interest and fees related to these transactions will be waived. Th... March 29, 2020 0 4161 Category: Coronavirus

35 Indians among 289 Confirmed Covid19 Cases in Kuwait Ministry of Health today announced that 23 new cases of Coronavirus were confirmed in Kuwait in the last 24 hours. With this, the total number of confirmed cases raises to 289 in the country. 8 of ... March 31, 2020 0 3883 Category: Coronavirus

9 Indians And 3 Bangladeshi Among 20 New Coronavirus Infected Persons The Kuwaiti Ministry of Health announced on Sunday that a further 20 people were infected by the novel coronavirus, known as COVID-19, in the last 24 hours. This brings the Gulf country’s tally ... March 29, 2020 0 3858 Category: Coronavirus
Popular Videos