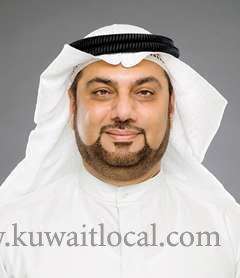 He also asked if these consultants provide advice to other government agencies. If yes, he wants to know the number of these consultants and whether they are receiving additional pay or not. He inquired as well about the number of expatriate consultants in other government agencies that also work for other public institutions, their nationalities, salaries and additional pay for working in other institutions, if any. In another development, MP Osama Al-Shahen has emphasized the need to replace expatriate teachers with Kuwaitis as a way to address the population imbalance issue, reports Al-Rai daily.

He urged the government to be committed to the population structure file in academic institutions, asserting this is important considering the reality shown by statistical reports on expatriate teachers. Supporting his recommendation with data, the lawmaker disclosed the statistics released by the Central Statistic Bureau in April 2017 indicated there are 3,064,193 expatriates in the country and they constitute 69.5 percent of the entire population.

He added the country has 71,014 teachers and 46,079 of whom are Kuwaitis; indicating 24,935 are Arabs and other nationalities. Talking about figures in relation to expatriate students who are studying for free in Kuwaiti academic institutions, the lawmaker called for reducing their number. He believes the government can save a large amount by reducing the number of foreign students in public schools. He said, “the average amount spent on a student in a public school is KD 4,973 annually.

Considering there are 51,378 expatriate students in public schools, the government is spending KD 253,653,186 on non-Kuwaiti students.” He pointed out that expatriate students cannot enroll in public schools unless they fall under one of the categories which have been given consideration by the State. He added, “the problem is there are more than 16 categories and the number keeps increasing.

For instance, the students born to Kuwaiti and GCC nationals married to non-Kuwaitis, those whose mothers or fathers are diplomats, those born to non-Kuwaiti prisoners of wars and martyrs, those whose parents are from crisis-ridden countries, and those whose parents are university staff, imams and muezzins. We should consider humanitarian cases only and remove others or ask them to pay reasonable fees. Such solutions will help reduce expenditures on students and improve the budgets of schools.

The lopsided population structure is a serious problem and all of us, including the government, must work together to solve it because the large number of foreigners staying in the country has negative impacts on security, economy and society as a whole.” He also urged the government to prioritize allocation of a quarter of a billion dinars (KD 250 million) annually with almost 51,000 seats for students and 25,000 teaching appointments. He affirmed this will also solve the population imbalance problem.

Business Drop By 95%, Alshaya Has Prepared To Reduce Costs Several businesses in Kuwait have begun feeling the pinch as a result of the measures taken by the government to contain the spread of coronavirus. Kuwait once a thriving market for retail and travel ... April 02, 2020 0 13437 Category: Kuwait

Gradual Implementation Of Total Curfew As Per Areas In Country Stringent measures have been enforced due to frequent increase in infection of coronavirus virus where marginal laborer are densely accommodated to contain the spread of infection. Sources stated t... April 01, 2020 0 8153 Category: Coronavirus

Total Ban Options On Government Table Today The possibility of enforcing a full curfew is among the  options on the agenda of the Council of Ministers in their meeting tonight, Al Rai newspaper disclosed that a high ranking government reve... March 31, 2020 0 5988 Category: Coronavirus

7 Indians Infected From Contact With Confirmed Coronavirus Case The Kuwaiti Ministry of Health announced Monday that 11 people were infected by the novel coronavirus, known as COVID-19, in the last 24 hours. With this, the total number of Indians confirmed with co... March 30, 2020 0 4825 Category: Coronavirus