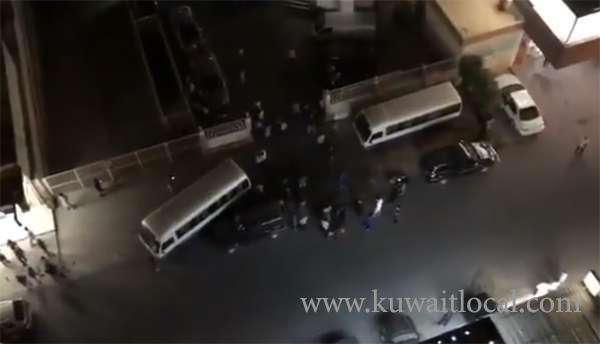 The aftershock, which occurred at 19:37 (22:37 GMT), followed a 6.3 magnitude earthquake that struck the Iraq- Iran border region, some 581 kms away from Kuwait, said Kuwait Institute for Scientific Research. Kuwait’s Fire Department added that it recorded no damage to property nor has it thus far received any distress calls.

The quake has not left behind any casualties or material damage in Iraq either, according to local media reports. The quake’s epicentre was recorded inside Iranian territory, Iraq’s seismic monitor was quoted on local television. Iranian President Hassan Rouhani said no effort should be spared to help victims of a 6.3 magnitude earthquake on Iran’s western border with Iraq that injured more than 700 people, most suffering minor wounds, state television reported on Monday.

The Sunday night earthquake was felt in at least seven provinces of Iran, but most strongly in Kermanshah, where last year more than 600 people were killed and thousands injured in the country’s deadliest earthquake in more than a decade. “Rouhani has ordered officials to do whatever is necessary to provide help for the victims of the earthquake,” TV reported.

The head of Iran’s Red Crescent Society, Mahmoud Mohammadi Nasab, told TV that there were no fatalities. TV aired footage of damaged houses in the town of Sarpol-e Zahab in Kermanshah where some people remain homeless following last year’s 7.3 magnitude quake. “We have had 729 injured, 700 of them have been treated and released … some 18 people have been hospitalised,” Houshang Bazvand, governor of the western province of Kermanshah, told state TV.

Iran’s state news agency IRNA said another two earthquakes measuring 5.2 and 4.6 on the Richter scale had jolted Sarpol-e Zahab on Monday morning following Sunday’s earthquake and 161 aftershocks. Fears of aftershocks forced many people to spend the night out on the streets in cold weather.

The quake triggered landslides in some areas, but Iranian authorities said rescue teams had access to all towns and villages.

Iran sits astride major fault lines and is prone to frequent tremors. In 2003, a 6.6 magnitude quake in Kerman province killed 31,000 people and flattened the historic city of Bam. Sunday’s tremor was also felt in Kuwait and the Iraqi capital Baghdad as well as in Erbil in the Iraqi Kurdistan Region and other Iraqi provinces, but no damage was reported.

Gradual Implementation Of Total Curfew As Per Areas In Country Stringent measures have been enforced due to frequent increase in infection of coronavirus virus where marginal laborer are densely accommodated to contain the spread of infection. Sources stated t... April 01, 2020 0 7782 Category: Coronavirus