Advanced Search
PEC Announced It Will Present Its Report On The Fish Kill Issue
Category: Kuwait 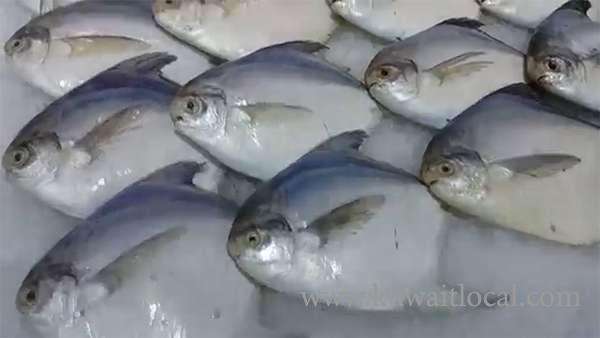 The Parliamentary Environment Committee has announced that it will present its report on the fish kill issue next week. The committee had earlier discussed the issue with representatives of concerned bodies, citing unauthorized drainages as one of the causes of the death of fish. It also pointed out the failure of relevant government agencies to play their supervisory role in this regard.

In a related development, the Kuwaiti Fishermen Federation recently organized a press conference in its headquarters in Sharq during which president of the federation Zahir Al- Soyan explained that some areas along Kuwait Bay are contaminated but not the sea itself.

He said dead catfish and some small fish were found near Shuwaikh Port and Al-Salam Coast, not in the sea. He added aerial photographs showed leakage of substances from Shuwaikh Port and 50 drainages into the bay, asserting the alleged presence of green grass opposite Shuwaikh Port is not true. He said Amiri Decree No. 46/1980 prohibits fishing at Kuwait Bay, affirming that fishermen are catching fish far from the bay.

He clarified, “We are fishing in open and large seas, away from where the dead fish were found. The nearest fishing zone from the fish kill location is not less than 13 nautical miles. Drinking water is taken from the bay so why be afraid of eating local fish when there is no fear of drinking water?”

The rumor that a family suffered from food poisoning after eating fish in a restaurant is baseless. The concerned authorities must look into the issue especially since the rumor spread through Twitter. Even if it is proven true, the restaurant could be responsible considering the Municipality has confiscated tons of rotten fish and meat from some restaurants and markets. Meanwhile, MP Askar Al-Anazi asked Deputy Prime Minister and Defense Minister Sheikh Mohammad Al-Khalid Al-Sabah to increase the age requirement for admission to the military to 36 years old, in order to give a chance to all Kuwaiti youths, children of Kuwaiti women married to non-Kuwaitis and Bedouns to serve in the military.

He hopes the minister will take a decision soon because a large number of the children of Kuwaiti women married to non-Kuwaitis and the young citizens are above 30 years old, adding that they consider serving in the Kuwaiti Army as a continuation of the path chosen by their parents and grandparents who sacrificed for the country.

Business Drop By 95%, Alshaya Has Prepared To Reduce Costs Several businesses in Kuwait have begun feeling the pinch as a result of the measures taken by the government to contain the spread of coronavirus. Kuwait once a thriving market for retail and travel ... April 02, 2020 0 12531 Category: Kuwait

Gradual Implementation Of Total Curfew As Per Areas In Country Stringent measures have been enforced due to frequent increase in infection of coronavirus virus where marginal laborer are densely accommodated to contain the spread of infection. Sources stated t... April 01, 2020 0 8086 Category: Coronavirus

Coronavirus Cases In Mahboula On The Rise,MOH Officials Warned Residents To Stay Home Ministry of Health officials have warned residents of Mahboula area to taken extra precautionary measures and not venture outside unless absolutely necessary. In a video that has gone viral, a ministr... March 30, 2020 0 6061 Category: Coronavirus

Total Ban Options On Government Table Today The possibility of enforcing a full curfew is among the  options on the agenda of the Council of Ministers in their meeting tonight, Al Rai newspaper disclosed that a high ranking government reve... March 31, 2020 0 5940 Category: Coronavirus

28 New Coronavirus Cases - 24 Indians And 2 Bangaldeshi Among Them - Total 317 Apr 1: The Kuwaiti Ministry of Health announced Wednesday that 28 people were infected by the novel coronavirus, in the last 24 hours. Total confirmed virus cases are 317 1 case Kuwaiti national... April 01, 2020 0 5146 Category: Coronavirus

7 Indians Infected From Contact With Confirmed Coronavirus Case The Kuwaiti Ministry of Health announced Monday that 11 people were infected by the novel coronavirus, known as COVID-19, in the last 24 hours. With this, the total number of Indians confirmed with co... March 30, 2020 0 4809 Category: Coronavirus

Strict Curfew In Jleeb Al Shuyoukh Jleeb Al Shuyouk has come under the radar of the Ministry of Health who have begun taking rounds in the area to ensure precautionary measures are being followed to contain the spread of coronavirus. ... March 31, 2020 0 4410 Category: Automotive
Popular Videos