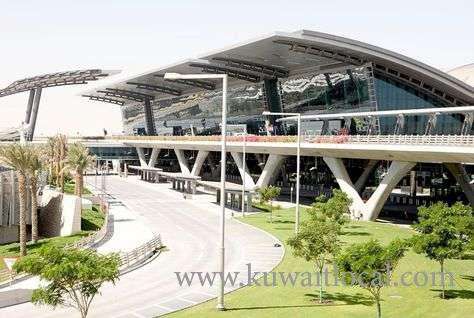 Qatar's government will levy a new airport tax on passengers from Tuesday, according to a circular to travel agents, as the country seeks new revenue streams amid falling oil prices. Every passenger leaving Qatar from Doha's Hamad International Airport, including transit passengers, will be charged 35 riyals ($9.61) for using airport facilities, Qatar Airways advised local travel agents in the circular seen by Reuters.

The circular said the charge would apply to tickets issued after Aug. 30 and for any travel starting Dec. 1 onwards. A Qatar Airways and a Qatar government spokesperson were not immediately available to comment. Airport fees, while common elsewhere in the world, have until recently been avoided by Gulf states as they seek to gain a competitive advantage for business and become regional hubs.

Some 1.33 million passengers travelled through Hamad International Airport in June. Airports in the United Arab Emirates announced similar taxes earlier this year. Interest rates are rising in the Gulf as low oil prices pressure governments' finances, so Qatar has been looking at ways other than borrowing to fund its projects, including raising local gasoline prices.

Qatar has said it expects to post a deficit of 46.5 billion riyals ($12.8 billion) in 2016, its first in 15 years, and to run a deficit for at least three years as low natural gas and oil prices weigh on its revenues as it prepares to host the soccer World Cup in 2022.

All Employees To Receive Full Salary Of April Month Without Any Deduction Citizens and expatriates will receive their full salaries in April without any loan deduction or other consumer installments, reports Al-Anba daily. The April salaries will be paid before the holy mon... April 05, 2020 1 14970 Category: General

Legal Action Against Sponsors Encouraging Workers To Leave Mahboula Area Kuwait Ministry of Interior (MoI) stopped expatriate workers from leaving Mahboula Area, south of Kuwait City, as instructed by their sponsors and ordered them to return to their homes, the ministry s... April 06, 2020 0 11901 Category: Coronavirus

Secretary Working in KOC Tested Positive for Coronavirus (Covid 19) An Indian secretary working for a contracting company for Kuwait Oil Company was found infected with coronavirus, Al Rai reported today. The paper said that 12 cases of contact with the secretary were... April 07, 2020 0 7595 Category: Coronavirus

Lockdown Jleeb & Mahboula and Curfew Time Extended The council of Ministers, in its extra ordinary cabinet meeting today decided to extend the curfew hours until six in the morning. The curfew will be from 5:00 pm till next day morning 6:00 am In a... April 06, 2020 0 7278 Category: Coronavirus

Legal Measures Will Be Taken Immediately On Housing Bachelors In Residential Areas The Minister of State for Municipal Affairs, Eng. Walid Al-Jasim, has state that he has directed concerned departments in the municipality to receive complaints by WhatsApp 24727732 about housing bach... April 07, 2020 0 6474 Category: Automotive

Curfew Extension And Area Wise Curfew Discussed In A Meeting Extending curfew hours as well as imposing area wise curfew, especially in areas with dense population of expatriates were among the several issues discussed by the ministerial committee in their meet... April 05, 2020 0 5080 Category: Coronavirus