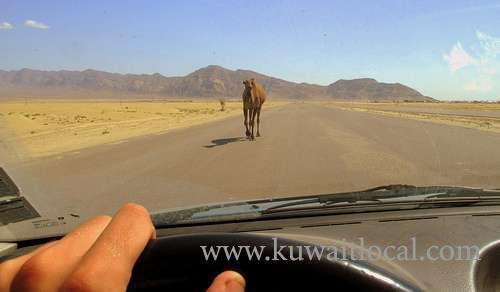 Road accidents caused by camels or cattle are no longer scarce in Kuwait. They have become recurrent in large numbers, thus solutions must be found for this growing and often deadly problem.

Most of the accidents caused by straying camels happen on the roads in Kabad, Al-Metlaa, Al-Sabbiyah, Al-Abdaly and Al-Salmy as well as on King Fahad highway.

Tackling the problem warrants a set of measures such as guiding shepherds to refrain from leaving the animals go astray or roam freely, notifying authorities about time and route of the animals' movement, taking appropriate precautions along the roads, intersections and exits.

The Public Authority of Agriculture and Fish Resources, in coordination with Kuwait Municipality and the committee tackling property encroachment, had drawn up a shepherding map, pin pointing the locations where grazing is allowed.

Cattle found feeding in unhallowed pastures are seized and the violating shepherd is fined. Police patrols usually block roads at times of crossing cattle and camels. And some motorists suggest that the camel should be strapped with warning light while moving.

The Kuwaiti lawyer Dokhi Al-Hesban told that citizens harmed by camels can file libel suits against the animals' owners. He also called for tagging the animals and making records of them in the local governing administrations.

Visit Visa Transfer To Family Visa I bought my family (wife & 18 month-year-old baby) through visit visa to Kuwait. Please let me know, can I change visit visa to dependent without leaving country? If it possible, what are the docu... January 18, 2020 1 1995 Category: Visit Visa

‘Cold Wave To Continue Through The Week, Temp To Hit 3°C, Frost Formation Expected’ Kuwait Meteorological Department has announced that the country will witness a significant decrease in the minimum temperatures to less than 3 degrees Celsius, resulting in frost formation in agricult... January 15, 2020 1 776 Category: Weather in Kuwait

Philippines Ban On New Recruitment To Stay Until Conditions Are Met The Presidential Palace in the Philippines announced today, Thursday, that the total ban on sending new Filipino workers to Kuwait has been formally activated, and he addressed a letter to the governm... January 18, 2020 0 694 Category: Filipinos

Threats To Families Of US Soldiers In Kuwait – Leave The Middle East The US Army’s 1st brigade combat division, stationed in Kuwait, sent a warning to family members of its paratroopers, calling on them to verify “secure and double check the status of their... January 18, 2020 1 308 Category: Kuwait 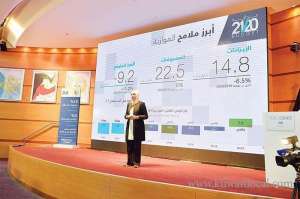