Advanced Search
Speaker Stressed The Need To Hold Special Sessions On The Reports Of The Budgets
Category: Kuwait 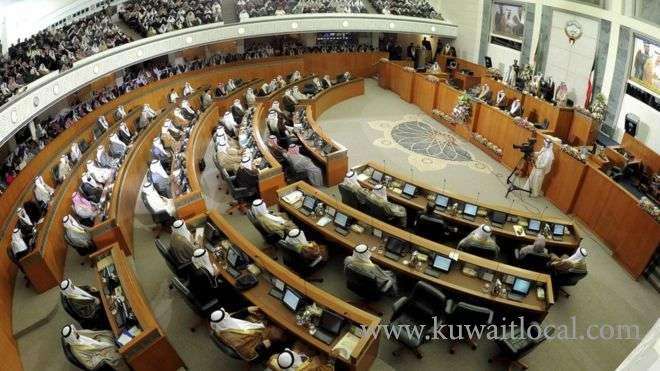 Parliament Speaker Marzouq Al-Ghanim stressed the need to hold special sessions to complete deliberations on the reports of the Budgets and Final Accounts Committee within the current legislative round. He said he will invite parliamentary members to special sessions on Tuesday, Wednesday and Thursday this week and next week in accordance with Article 85 of the Constitution.

The Human Rights Committee discussed the criteria for granting pardon and alternative punishment with representatives of the ministries of Justice and Interior. Committee Chairman MP Adel Al-Damkhi revealed the committee will submit its report on correctional institutions to the Parliament next week. He said the committee members welcome the idea of imposing alternative punishment, especially for those who committed minor offenses and juveniles, in order to reduce the State’s expenditures on prisoners.

He added the officials have agreed on the need to treat arrested persons humanely in accordance with the law. He disclosed the committee talked about complaints on the way the Immigration Investigation Department deals with members of some communities, particularly in terms of humanitarian measures concerning Syrians such as the issuance of family, extension and visit visas. Furthermore, the Environment Protection Committee finalized talks on the fish kill issue in the presence of representatives of the Ministry of Public Works and Public Authority for Industry.

Committee Chairman MP Adel Al- Damkhi said the Ministry of Public Works has submitted its written statement about the issue, while the Public Authority for Industry promised to do the same to pave way for completion of the panel’s report by the end of this week. Moreover, MPs Omar Al-Tabtabaei, Khalid Al-Shatti and Safa Al-Hashem presented a proposal to repeal the law on the Public Authority for Printing and Publication of the Holy Quran and Sunnah and their Sciences, such that the authority will be under the jurisdiction of the Ministry of Awqaf and Islamic Affairs.

They asked the Awqaf and Islamic Affairs minister to form committees and implement the proposal, including identification of assets, funds, obligations and employees Also, Deputy Speaker of the Parliament Issah Al-Kandari called on the minister of commerce and industry to be aware that his work is under parliamentary oversight; hence, the need for him to bear his political responsibility to control prices. He urged the minister to refer all those proven to have violated the law to the Public Prosecution; otherwise, he will be held accountable.

Coronavirus Cases In Mahboula On The Rise,MOH Officials Warned Residents To Stay Home Ministry of Health officials have warned residents of Mahboula area to taken extra precautionary measures and not venture outside unless absolutely necessary. In a video that has gone viral, a ministr... March 30, 2020 0 5605 Category: Coronavirus

7 Indians Infected From Contact With Confirmed Coronavirus Case The Kuwaiti Ministry of Health announced Monday that 11 people were infected by the novel coronavirus, known as COVID-19, in the last 24 hours. With this, the total number of Indians confirmed with co... March 30, 2020 0 4628 Category: Coronavirus

Gulf Bank Postpones Loans And Credit Card Installments Gulf Bank will postpone all installments of consumer loans and credit cards for six months for all Gulf Bank customers. Moreover, all interest and fees related to these transactions will be waived. Th... March 29, 2020 0 4047 Category: Coronavirus

Strict Curfew In Jleeb Al Shuyoukh Jleeb Al Shuyouk has come under the radar of the Ministry of Health who have begun taking rounds in the area to ensure precautionary measures are being followed to contain the spread of coronavirus. ... March 31, 2020 0 4020 Category: Automotive