Advanced Search
The Commission Of Withdrawn Nationalities Has Submitted Its First Report To PM
Category: Kuwait 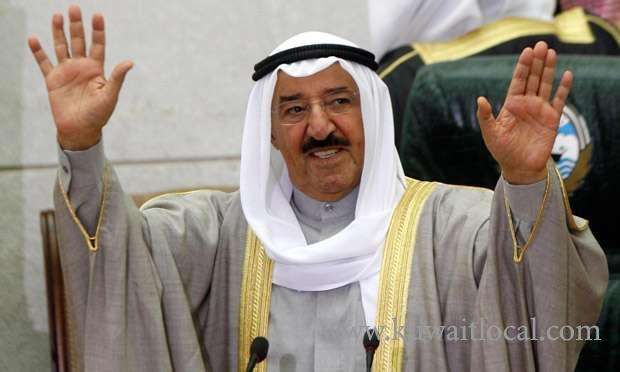 The commission of withdrawn nationalities has submitted its first report to His Highness the Prime Minister Sheikh Jaber Al-Mubarak Al-Hamad Al-Sabah on examinations of 40 applications of total 184, the commission’s secretary Dr Nayef Al-Ajmi announced Thursday.

The report includes the committee’s recommendations on the 40 completed applications after informing their related bodies, Al-Ajmi stated to KUNA. The commission will continue to work on the rest of applications, and decide what is appropriate in that regard, he said, noting that it will also submit reports to His Highness the Premier on all completed applications.

The commission, since it was formed, has been holding an open-ended session, and has examined a number of cases involving the citizenship withdrawal or loss. It will submit a report in this regard to the relevant authority for taking the proper decisions regarding these petitions, said Al-Ajmi.

So far, the commission has received a total of 184 applications, he noted, affirming commitment in fairness, professionalism, and objectivity in examining the applications. There are no political pressures on the commission’s workfl ow, Al-Ajmi stressed.

MoE Allows Travel Without Leave Permits For Resident Teachers, Staff The Ministry of Education (MoE) said Monday that resident teachers and ministry staff can travel back to their respective countries without needing a leave permit. According to the ministry’s tw... March 24, 2020 2 7517 Category: Kuwait

Full Curfiew Is An Available Option On Table MOH spokesperson Dr. Abdullah Al-Sanad says that issuing "Full Curfew" decision is an available option to limit the spread of the Novel #Coronavirus, but we hope that we do not reach to this... March 25, 2020 0 5374 Category: Coronavirus

Banks To Postpone Installment Premiums And Credit Card Payments Without Interest Kuwait banks have decided to postpone loan installments of Kuwaiti citizens and Small and Medium Enterprises (SMEs) for a period of six months and freezing of the interest payment during that time, Al... March 25, 2020 0 5030 Category: Coronavirus

COVID-19 Outbreak In Kuwait Under Control - Health Minister Minister of Health Sheikh Dr. Basel Al-Sabah has assured the novel coronavirus (COVID-19) outbreak in Kuwait is manageable. The ministry is monitoring on daily basis some cases of those who had con... March 24, 2020 0 3961 Category: Coronavirus

Kuwait Social Affairs Ministry Launches Donation Campaign The Kuwaiti Ministry of Social Affairs on Friday approved launching a campaign to raise donations on Saturday for fighting coronavirus. Up to 41 Kuwaiti charities will pariticpate in the campaign, pro... March 27, 2020 0 3598 Category: Coronavirus