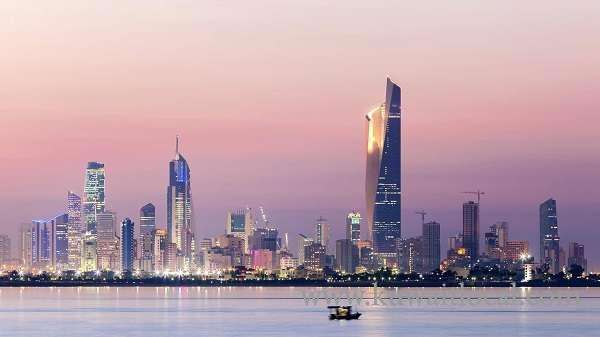 The United Nations High Commissioner for Refugees (UNHCR) in Kuwait has rejected social media reports that the agency was taking measures to provide or renew residency permits for Syrians in the country. UNHCR-Kuwait issued a statement on Sunday refuting misinformation regarding the powers of UNHCR and its services, including residency permits and the possibility of renewing them for members of the Syrian community in Kuwait and the lifting of fines due for some of them.

The misinformation included an invitation to members of the Syrian community to complete their paperwork with the agency at its office on May 3. The UNHCR does not have the prerogative to interfere with the work of the official bodies and their sovereign decisions in Kuwait, the agency said, Kuwait News Agency (Kuna) reported.

Decisions to issue and extend residence permits are within the powers of the executive authority in Kuwait and the agency does not have any role with the matter, the statement added.

The agency warned that there could be legal consequences for circulating or disseminating incorrect information that might mislead people and hamper its work. Details on the services provided by the UNHCR are posted on its official website and other official channels and not through social media personal accounts messages, the agency added.

The Syrian community in Kuwait is the second largest among the Arabs, after Egypt, with around 147,000 members. According to Ministry of Education figures, 57,067 Syrian students are enrolled at schools in Kuwait for the 2016-2017 academic year. The figures indicate that 3,026 study at government schools and 54,041 attend private schools.

Kuwaiti daily Al Qabas reported that around 8,000 Syrians were staying illegally in the country in December 2016. They were mainly Syrians who arrived in Kuwait on visit or family visas that expired and they did not renew them. Since the start of the armed conflict in Syria in 2011, several Kuwaiti activists have urged authorities in Kuwait to exercise leniency with the residency of Syrians, arguing the situation in their country required granting them special status.

All Employees To Receive Full Salary Of April Month Without Any Deduction Citizens and expatriates will receive their full salaries in April without any loan deduction or other consumer installments, reports Al-Anba daily. The April salaries will be paid before the holy mon... April 05, 2020 1 14542 Category: General

Legal Action Against Sponsors Encouraging Workers To Leave Mahboula Area Kuwait Ministry of Interior (MoI) stopped expatriate workers from leaving Mahboula Area, south of Kuwait City, as instructed by their sponsors and ordered them to return to their homes, the ministry s... April 06, 2020 0 11318 Category: Coronavirus

Locck Down Jleeb & Mahboula and Curfew Time Extended The council of Ministers, in its extra ordinary cabinet meeting today decided to extend the curfew hours until six in the morning. The curfew will be from 5:00 pm till next day morning 6:00 am In a... April 06, 2020 0 7104 Category: Coronavirus

Secretary Working in KOC Tested Positive for Coronavirus (Covid 19) An Indian secretary working for a contracting company for Kuwait Oil Company was found infected with coronavirus, Al Rai reported today. The paper said that 12 cases of contact with the secretary were... April 07, 2020 0 7090 Category: Coronavirus

Legal Measures Will Be Taken Immediately On Housing Bachelors In Residential Areas The Minister of State for Municipal Affairs, Eng. Walid Al-Jasim, has state that he has directed concerned departments in the municipality to receive complaints by WhatsApp 24727732 about housing bach... April 07, 2020 0 5617 Category: Automotive

No Decision Of Full Curfew In Mahboula , Farwaniya And Jleebshyoukh Yet No official instructions have been received yet by the Ministry of Interior to impose full curfew in Jleeb Al Shuyouk, Mahboula and Farwaniya, as claimed by some social media sites. News circulating t... April 06, 2020 0 5225 Category: Coronavirus

Visit Visa Violators Can Leave Country In Their Own Ticket; No Renewal Until Work Resumes The Administration of Residence Affairs Department will not renew visit or commercial visas until after the ministry resumes its work which is slated to begin on April 14 if the virus cases subside, r... April 05, 2020 0 4111 Category: Visit Visa
Popular Videos