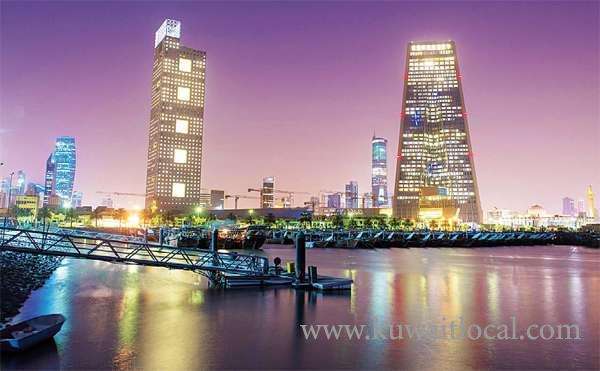 The Central Bank of Kuwait has prepared a draft law regulating the bankruptcy and restructuring of local banks, independent of the general law prepared by the Ministry of Commerce and Industry in cooperation with the World Bank, reports Al-Rai daily.

Sources pointed out that the proposed law allows the Central Bank to intervene early in the event of indications of the lack of soundness of the practices of a bank or exposure to financial risks, allowing the regulatory system to intervene quickly and take precautionary steps in the event of any of the banks facing violent that require supervision.

The following is the proposed draft law: Article (3) states, improper practices of the bank with risks to the interests of depositors and good functioning of banking, financial instability, and availability of one of the following cases: conducting unsafe practices that are not in line with the foundations of banking; violation of the instructions and monitoring regulations by the bank and lack of effective internal control systems necessary for the proper functioning of the bank according to the needs of the bank in terms of the nature and size of the business and its diversity, or the lack of internal control systems applied to provide the scientific and practical basis for the measurement and management of all types of risks facing the bank to expose its assets to risk of abuse.

Functioning
This is in addition to the lack of records to ensure proper functioning of the work, reflecting the nature of the operations conducted by the bank according to the procedures specified and in accordance with the foundations and rules of accounting, as well as standards and controls set by the Central Bank to promote an appropriate system for the purposes of management and for the purposes of the Central Bank at the level of local activity and the level of activity of the bank and its subsidiaries.

This is in addition to the weakness of the bank’s sound and effective governance practices, and the lack of the role of the Board of Directors and the Executive Management of the bank in organizing the bank’s business activities within the framework of specific objectives and strategies that take into consideration the rules and instructions issued by the Central Bank, developing public confidence in the bank’s management and protecting the interests of depositors, and the development of effective risk management systems.

Article (4) states the bank’s exposure to financial risk is one of the following: Insufficient assets of the bank to cover its obligations to the detriment of funds depositors; Violating laws and regulatory controls or carrying out any practices that do not comply with the fundamentals of banking, which expose the bank to risks leading to a decrease in its assets; Improper methods of managing the activity that result in a decrease in shareholders’ equity or prejudice to the rights of depositors and other creditors and a firm evidence that the bank is able to meet depositors’ requests or meet its obligations under normal circumstances. These cases apply to the head office of branches of foreign banks.

Article (5) states the Board of Directors of the Central Bank may intervene early if there is evidence that a bank’s practices are not good or that the bank is exposed to financial risks by taking one or more of the following measures: Requesting the bank to immediately cease the improper practices and the consequent suspension of the execution of certain activities and transactions carried out by the bank; request the bank’s management to take appropriate remedial measures, including the assignment of specialized consultants to carry out the necessary studies, make recommendations and supervise the implementation of the approved procedures; Prohibit the distribution of dividends to shareholders or the distribution and granting of financial rewards in all components; Requesting the bank’s management to provide the necessary additional financial resources such as capital increase or the deposit of supporting funds with the bank, in accordance with the special rules and procedures decided by the Board of Directors of the Central Bank and within the period specified by it; Approval of the restructuring of the bank; Appointment of a bank management committee and Approval of the incorporation of the bank in another bank, subject to the approval of the bank merged, in accordance with the conditions and procedures approved by the Board of Directors of the Central Bank. The decision of the Board of Directors of the Central Bank shall be published in the Official Gazette.

Decision
Article (6) states the decision to appoint the committee shall determine its functions and responsibilities. It shall have full powers to take the necessary measures to preserve the assets of the bank in order to avoid depositors ‘and other creditors’ risks and prepare the appropriate plan for the restructuring and implementation of the bank after its approval by the Board of Directors of the Central Bank.

The Central Bank on the measures taken and the extent of the development of the financial situation of the bank and make appropriate recommendations in this regard. The Chairman of the Committee shall be the legal representative of the bank in the exercise of its functions and responsibilities by the Committee.

Article (8) states the Court of Appeal shall have one (or more) chamber, which shall be competent to consider expeditiously the adjudication of commercial, civil, administrative and urgent disputes arising from the application of the provisions of this Law before the local banks. The provisions thereof shall not be challenged by any means of appeal. Administrative proceedings may be accepted only after the regulations of the decision before the Central Bank.

Article (9) states any interested party may file a complaint in writing with the Central Bank of any decisions taken in application of the provisions of this law within 15 days from the date of its execution. The decision of the Central Bank to reject the grievance is final and may be appealed before the Appeals Chamber referred to in the previous article within 15 days from the date of notification by rejecting the grievance. Failure to respond to a complaint within 10 working days is considered a rejection.

Article (10) states the Central Bank shall immediately submit a technical report on the decision/ decisions contested by the competent department within a month, and may extend the period for another similar period. Meanwhile, within the framework of the efforts of the Central Bank of Kuwait to promote the financial technology industry in Kuwait and its efforts to cope with the Fourth Industrial Revolution, the bank has decided to add the IT specialization to the expertise required to appoint CEOs, their deputies and their assistants in banks and finance companies, reports Al-Qabas daily.

In a decision issued by the Central Bank of Kuwait, a copy of which has been obtained by the daily, it stipulates amendment of Clause 1 of Article 3 (relating to the appointment of the Chief Executive Officer of a bank/ financial institution) and Article 4 (concerning who can be appointed as the Deputy Chief Executive Officer of a bank/ financial institution) of the decisions of the Board of Directors of the Central Bank of Kuwait on the rules and regulations related to the expertise required in Article 68 of Law No. 32 of 1968 and its amendments for both local banks and financial institutions to become: “to have a university degree in economics, legal or administrative sciences, or information technology”.

Conditions
The conditions laid down in Article 68 of Law No. 32 of 1968 for the Chief Executive Officer of a bank are as follows: To have a university degree in economics, legal or administrative sciences; The employee must have acquired experience of at least 15 and 20 years, including at least 10 years in a banking or financial institution, provided that at least 5 years have been spent in major executive functions related to the banking or financial activities of the institution and to have the technical and leadership capabilities that qualify him to fill this position.

The conditions to be met by the Deputy and Assistant Chief Executive Officer of a bank are as follows: The applicant must have a university degree in economics, legal or administrative sciences; should have at least 10 to 15 years experience, including at least 10 years in a banking or financial institution, provided that at least 5 years have been spent in major executive functions related to the banking or financial activities of the institution and to have the technical and leadership capabilities that qualify him/her to fill this position.

The Deputy and Assistant Chief Executive Officer of a bank, who must be subject to the same conditions, shall be persons who carry out the important work related to the nature of the bank’s activities such as credit, investment, treasury, and other banking activities as well as internal audit. Meanwhile, banking sources said that the Central Bank has opened the door for specialists in the IT sector to lead Kuwaiti banks to cope with the huge jumps expected in the coming period as has already been adopted by some Kuwaiti banks, particularly banking via smart phones, while some of them are still awaiting implementation.

Visit Visa Transfer To Family Visa I bought my family (wife & 18 month-year-old baby) through visit visa to Kuwait. Please let me know, can I change visit visa to dependent without leaving country? If it possible, what are the docu... January 18, 2020 1 3203 Category: Visit Visa

Questions On Release And Transfer My company hired me from my home country 2 years ago, do I have the right to apply for a release? Name withheld Answer: No, the Kuwait Labour Law doesn’t clothe you with that right as you ... January 20, 2020 0 2184 Category: Legal

Philippines Ban On New Recruitment To Stay Until Conditions Are Met The Presidential Palace in the Philippines announced today, Thursday, that the total ban on sending new Filipino workers to Kuwait has been formally activated, and he addressed a letter to the governm... January 18, 2020 0 1008 Category: Filipinos

Kuwaiti Arrested For Suspected Rape In Thai City Police in the city of Phuket, Thailand, have arrested a 33-year-old Kuwaiti on suspicion of raping a Danish tourist, reports Al-Rai daily. According to the police, preliminary investigations revealed ... January 20, 2020 0 991 Category: Crime News

Policemen Warned Not To Use Mobile Phones On Duty The Undersecretary of the Ministry of Interior, Lt Gen Issam Al-Naham has issued a circular No. 2/2019 warning police personnel not to be preoccupied with the mobile phone while on duty, reports Al- A... January 20, 2020 0 697 Category: Crime News

Threats To Families Of US Soldiers In Kuwait – Leave The Middle East The US Army’s 1st brigade combat division, stationed in Kuwait, sent a warning to family members of its paratroopers, calling on them to verify “secure and double check the status of their... January 18, 2020 1 376 Category: Kuwait

Syrian Woman Blackmailed – Threatened To Publish Pics Online A Syrian woman has filed a complaint with Cybercrimes Department of the Criminal Investigations Department accusing an unidentified person, who she claims she does not know, of threatening to publish ... January 19, 2020 0 275 Category: Crime News