Kuwait Announced Its Commitment To Donate Dollar 15 Million For The Rohingya Refugees To Alleviate Their Sufferings
Category: Kuwait 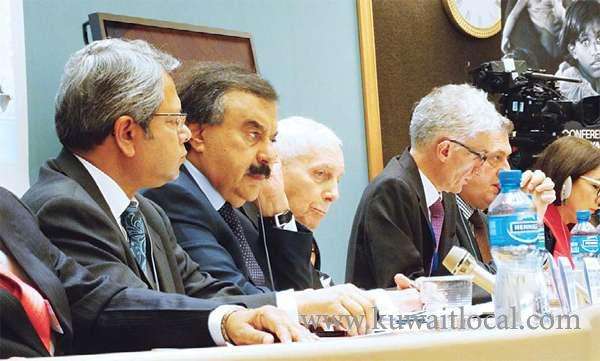 Kuwait announced on Monday its commitment to donate $15 million offered by official and public bodies during the International Donor Pledging Conference for the Rohingya Refugees to alleviate their sufferings. This came in a speech by Kuwait’s Deputy Foreign Minister Khaled Al-Jarallah in his speech on the opening of the one-day conference organized by Kuwait in cooperation with the European Union (EU), the United Nations High Commissioner for Refugees (UNHCR), International Organization for Migration (IOM), and the Office for the Coordination of Humanitarian Affairs (OCHA), held in Geneva, Switzerland.

The United Nations Security Council (UNSC) is facing an ethical and humanitarian responsibility before being a political or legal one towards the disgusting crimes committed against the Rogingyan people, Al-Jarallah added in his speech. He also called on the authorities in Myanmar to take the needed procedures to avoid such violations as well as applying law, security, freedom of living and transport without any religious or ethical discrimination.

He expressed Kuwait’s gratitude towards the distinguished efforts exerted by Bangladesh in hosting the Rohingya refugees and alleviating their sufferings. Nearly 1 million Rohingya refugees have fled violence in Myanmar, an “untenable situation” for neighbour Bangladesh, the country’s UN envoy said on Monday, calling on Myanmar to let them return. Some 600,000 people have crossed the border since Aug 25, when insurgent attacks on security posts were met by a ferocious counter-offensive by the Myanmar army in Rakhine state which the United Nations has called ethnic cleansing. “This is the biggest exodus from a single country since the Rwandan genocide in 1994,” Shameem Ahsan, Bangladesh’s ambassador to the United Nations in Geneva, told a UN pledging conference. “Despite claims to the contrary, violence in Rakhine state has not stopped. Thousands still enter on a daily basis,” he said. Bangladesh’s interior minister was in Yangon on Monday for talks to find a “durable solution”, Ahsan said.

Illegal
But Myanmar continued to issue “propaganda projecting Rohingyas as illegal immigrants from Bangladesh”, Ahsan said, adding: “This blatant denial of the ethnic identity of Rohingyas remains a stumbling bloc”. Myanmar considers the Rohingya to be stateless, despite tracing their families’ presence in the country for generations.

The United Nations has appealed for $434 million to provide life-saving aid to 1.2 million people for six months. “We need more money to keep pace with intensifying needs. This is not an isolated crisis, it is the latest round in a decades-long cycle of persecution, violence and displacement,” UN humanitarian chief Mark Lowcock told the talks. “Children, women and men fleeing Myanmar are streaming into Bangladesh traumatised and destitute,” he added. “We assess we have pledges of around $340 million,” Lowcock said before the mid-day break in the meeting. New pledges included 30 million euros announced by the European Union, $15 million by Kuwait, 10 million Australian dollars by Australia and 12 million pounds from Britain.

He reiterated the UN call on Myanmar to allow “full humanitarian access across Rakhine” where aid agencies have been denied entry. Myanmar must “guarantee the right to safe, voluntary and dignified return so that the Rohingya can live in peace with their human rights upheld in Rakhine”, Lowcock said. The UN opened a major fundraising conference on Monday aimed at securing some of the $434 million aid groups say is needed to care for Myanmar’s Rohingya refugees in Bangladesh. The funds will benefit the 900,000 refugees as well as roughly 300,000 local people from Bangladesh’s Cox’s Bazar area on the Myanmar border.

What Is Coronavirus, How And Where It Started ? which countries effected in Middle East Kuwait 26|Bahrain 33|UAE 13|Oman 5 China's new coronavirus (Covid-19) is spreading quick. In excess of 81,000 individuals are known to be infected  and 2,700 deaths have been recorded. The greater part of cases and fataliti... February 26, 2020 0 1755 Category: Coronavirus

7 New Cases - Total 25 Confirmed Coronavirus Cases The Kuwaiti Ministry of Health on announced that the 7 more cases of coronavirus (COVID-19) reported in the country and the total number of confirmed cases reaches 25 so far. All the cases so far a... February 26, 2020 0 548 Category: Coronavirus

3 More Kuwaitis Infected With Coronavirus – Total Infection 8 So Far  Ministry of Health confirmed that three more Kuwaiti citizens have been infected with the new virus (Corona Kovid 19), bringing the number of confirmed cases of the virus in the country to 8 cas... February 25, 2020 0 469 Category: Coronavirus

Truth About Citizen Who Escaped Quarantine Sources denied that a citizen escaped from the quarantine reports Al Rai, explaining that the citizen was subject to the home quarantine as he is one of the returnees from Mashhad – Iran, and he... February 25, 2020 0 444 Category: Kuwait

Kuwaiti Citizen Coming From Iran Broke The Domestic Quarantine And Went To Work An employee at the Audit Bureau began his work last Sunday upon his return from Iran the previous day, even though he was subject to the home quarantine. Informed sources stated that the employee, ... February 25, 2020 0 432 Category: Kuwait 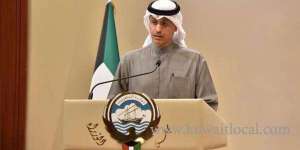 Kuwait Suspend All Schools For 2 Weeks - Coronavirus Cases Reached 26 Due to the prevailing health situation across the country, the Ministry of Education suspended all public and private educational institution for two weeks until March 12th. Head of the Communicati... February 26, 2020 0 379 Category: Coronavirus
Popular Offers