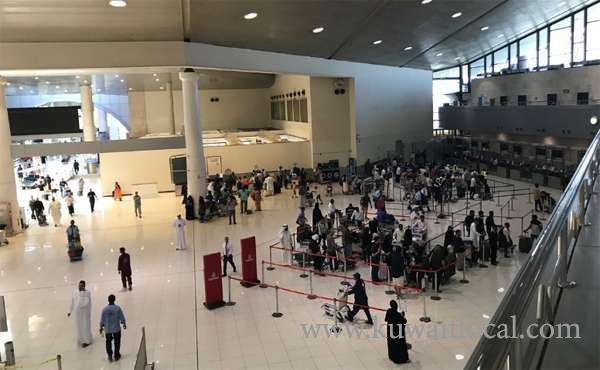 As air traffic at Kuwait International Airport is now back to normal, Kuwait’s national carrier, Kuwait Airways, and Jazeera Airways, have decided to re-operate and re-schedule flights.

Kuwait Airways said in a press release that it would re-operate all scheduled flights, excluding Europe-destined trips which would resume later Friday.

The airline is also rescheduling the flights that were diverted to other airports due to heavy rains, urging everyone to help under such air circumstances, according to the release.

Meanwhile, Al-Jazeera Airways said in a similar statement that it would re-arrange and delay some flights as air traffic resumed at Kuwait airport.

The carrier asked passengers to contact its customer service offices in order to get updated on re-scheduled flights.

Gradual Implementation Of Total Curfew As Per Areas In Country Stringent measures have been enforced due to frequent increase in infection of coronavirus virus where marginal laborer are densely accommodated to contain the spread of infection. Sources stated t... April 01, 2020 0 7800 Category: Coronavirus

Labour Camp In Mahboula Quarantined After Technician Tested Positive Covid19 A labour camp in Mahboula area housing almost 600 workers has been quarantined informed sources told The Times, Kuwait On discovery that one Indian technician who was staying at the camp was tested CO... March 28, 2020 0 7296 Category: Automotive

Coronavirus Cases In Mahboula On The Rise,MOH Officials Warned Residents To Stay Home Ministry of Health officials have warned residents of Mahboula area to taken extra precautionary measures and not venture outside unless absolutely necessary. In a video that has gone viral, a ministr... March 30, 2020 0 5982 Category: Coronavirus

Total Ban Options On Government Table Today The possibility of enforcing a full curfew is among the  options on the agenda of the Council of Ministers in their meeting tonight, Al Rai newspaper disclosed that a high ranking government reve... March 31, 2020 0 5786 Category: Coronavirus

7 Indians Infected From Contact With Confirmed Coronavirus Case The Kuwaiti Ministry of Health announced Monday that 11 people were infected by the novel coronavirus, known as COVID-19, in the last 24 hours. With this, the total number of Indians confirmed with co... March 30, 2020 0 4762 Category: Coronavirus

Strict Curfew In Jleeb Al Shuyoukh Jleeb Al Shuyouk has come under the radar of the Ministry of Health who have begun taking rounds in the area to ensure precautionary measures are being followed to contain the spread of coronavirus. ... March 31, 2020 0 4376 Category: Automotive