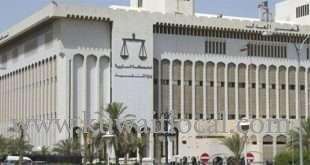 Several lawyers have stated a provision in election law that disqualifies citizens from running in the Parliamentary elections if convicted by court for criminal offense, noting only misdemeanor cases require clarification from the candidate, reports Al-Qabas daily.

Lawyer Meshari Al-Esaimi said a candidate of the National Assembly, according to election law, must not have been convicted of any crime affecting his honor and integrity. However, the clause is not specific about crimes that affect candidates’ honor and dignity. He noted the basis of storming the National Assembly is political, and he wonders if the action will be counted as crime that affects their honor and dignity. It falls on the Court of Cassation to make a decision in that regard, he noted. For his part, Attorney Najeeb Al-Waqyan said the law prevents the candidacy of a citizen in the National Assembly elections if convicted of a crime or misdemeanor affecting his honor and dignity, indicating an MP convicted of a crime or misdemeanor loses his membership at once.

The MPs, in such instances, are not required to vote after a final verdict is issued, because the affected MP will be stripped of his membership automatically without the need to consult the Parliament for that purpose. He is of the view that storming of the National Assembly is a crime and not a misdemeanor, thus it can not be discussed if the accused have already been convicted in a final verdict. In his contribution, Lawyer Abdulhamid Al-Sarraf said the storming of National Assembly is considered a crime, so the accused will be prevented from contesting for parliamentary seat if convicted in the final ruling. He expected the Court of Cassation to investigate their reasons for storming the National Assembly, and if they’re opposed to corruption, they should have enough evidences to prove their claims.

All Employees To Receive Full Salary Of April Month Without Any Deduction Citizens and expatriates will receive their full salaries in April without any loan deduction or other consumer installments, reports Al-Anba daily. The April salaries will be paid before the holy mon... April 05, 2020 1 14971 Category: General

Legal Action Against Sponsors Encouraging Workers To Leave Mahboula Area Kuwait Ministry of Interior (MoI) stopped expatriate workers from leaving Mahboula Area, south of Kuwait City, as instructed by their sponsors and ordered them to return to their homes, the ministry s... April 06, 2020 0 11903 Category: Coronavirus

Secretary Working in KOC Tested Positive for Coronavirus (Covid 19) An Indian secretary working for a contracting company for Kuwait Oil Company was found infected with coronavirus, Al Rai reported today. The paper said that 12 cases of contact with the secretary were... April 07, 2020 0 7599 Category: Coronavirus

Lockdown Jleeb & Mahboula and Curfew Time Extended The council of Ministers, in its extra ordinary cabinet meeting today decided to extend the curfew hours until six in the morning. The curfew will be from 5:00 pm till next day morning 6:00 am In a... April 06, 2020 0 7279 Category: Coronavirus

Legal Measures Will Be Taken Immediately On Housing Bachelors In Residential Areas The Minister of State for Municipal Affairs, Eng. Walid Al-Jasim, has state that he has directed concerned departments in the municipality to receive complaints by WhatsApp 24727732 about housing bach... April 07, 2020 0 6475 Category: Automotive

Curfew Extension And Area Wise Curfew Discussed In A Meeting Extending curfew hours as well as imposing area wise curfew, especially in areas with dense population of expatriates were among the several issues discussed by the ministerial committee in their meet... April 05, 2020 0 5080 Category: Coronavirus