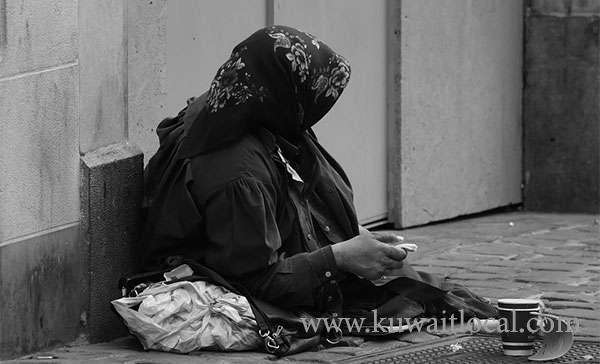 Abu Ali, a Syrian resident of Kuwait, of age 29 years and with a clean record, was shocked after knowing his wife could get deported after a police officer, who was in search for a Jordanian woman who was caught begging in front of Jahra Hospital, had arrested his wife instead of the beggar, reports Al-Rai daily.

He visited the headquarters of the daily to narrate his situation, explaining that his wife, who is seven- months pregnant, often visits a private clinic but on Aug 14, she decided to visit a gynecologist in Jahra Hospital. He dropped her there, and asked her to call him when she was done with the visit.

After her blood pressure and pulse were recorded, the gynecologist told her she must have a referral from the clinic, so she called her husband and told him she will be waiting in front of a cooperative society near the hospital.

Meanwhile, a policeman received a tip about a Jordanian woman who was seen begging in front of the hospital. He arrived at the location, and he, under the belief that Abu Ali’s wife is the beggar, arrested her even though she told him her nationality.

Abu Ali went on to say he was unable to find his wife, and after a short time, a policeman called him and said she would be deported for begging even though she had presented all documents to prove the time she underwent medical examination in the hospital.

He stressed that his financial status is good, but nobody listened to him, adding that a policeman visited him in his workplace and took his wife’s passport, informing him that she would be deported on Sept 27.

Abo Ali said, “My wife is a mother of two children aged 12 and one. We have been living in Kuwait for a long time. Begging is a disgrace and we do not carry out any shameful acts or violate the laws of the country where we live”.

He urges Minister of Interior Sheikh Khalid Al-Jarrah and Undersecretary Lieutenant General Essam Al-Naham to help save his wife and open an investigation into this incident so that his wife can return to the family.

Business Drop By 95%, Alshaya Has Prepared To Reduce Costs Several businesses in Kuwait have begun feeling the pinch as a result of the measures taken by the government to contain the spread of coronavirus. Kuwait once a thriving market for retail and travel ... April 02, 2020 0 13148 Category: Kuwait

Gradual Implementation Of Total Curfew As Per Areas In Country Stringent measures have been enforced due to frequent increase in infection of coronavirus virus where marginal laborer are densely accommodated to contain the spread of infection. Sources stated t... April 01, 2020 0 8121 Category: Coronavirus

Coronavirus Cases In Mahboula On The Rise,MOH Officials Warned Residents To Stay Home Ministry of Health officials have warned residents of Mahboula area to taken extra precautionary measures and not venture outside unless absolutely necessary. In a video that has gone viral, a ministr... March 30, 2020 0 6077 Category: Coronavirus

Total Ban Options On Government Table Today The possibility of enforcing a full curfew is among the  options on the agenda of the Council of Ministers in their meeting tonight, Al Rai newspaper disclosed that a high ranking government reve... March 31, 2020 0 5967 Category: Coronavirus

28 New Coronavirus Cases - 24 Indians And 2 Bangaldeshi Among Them - Total 317 Apr 1: The Kuwaiti Ministry of Health announced Wednesday that 28 people were infected by the novel coronavirus, in the last 24 hours. Total confirmed virus cases are 317 1 case Kuwaiti national... April 01, 2020 0 5157 Category: Coronavirus

7 Indians Infected From Contact With Confirmed Coronavirus Case The Kuwaiti Ministry of Health announced Monday that 11 people were infected by the novel coronavirus, known as COVID-19, in the last 24 hours. With this, the total number of Indians confirmed with co... March 30, 2020 0 4814 Category: Coronavirus

Strict Curfew In Jleeb Al Shuyoukh Jleeb Al Shuyouk has come under the radar of the Ministry of Health who have begun taking rounds in the area to ensure precautionary measures are being followed to contain the spread of coronavirus. ... March 31, 2020 0 4412 Category: Automotive
Popular Videos