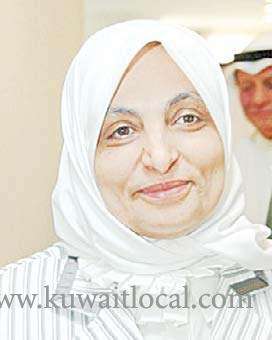 In response to a parliamentary question, Al-Sabeeh explained that PHFS, which has a total of 166 employees, usually sets an approximate budget annually for covering all kinds of aid for health services. Priority is given to cases of cancer, hepatitis, dialysis, multiple sclerosis, and other diseases that render the patient unable to work, as well as X-ray charges, laboratory tests, catheterization and others. She indicated that PHFS provides support to cases outside the country in coordination with Ministry of Foreign Affairs and Kuwaiti embassies.

In defiance to the regulations set by Ministry of Social Affairs and Labor, the societies and civil society organizations affiliated to Muslim Brotherhood Group have commenced campaigns for collecting donations from citizens and residents in preparation for the holy month of Ramadan, reports Al-Shahed daily. With the help of database they possess, they have started contacting citizens and residents to inform them about their campaign for collecting donations and to encourage them to participate in it.

The societies affiliated to the Muslim Brotherhood Group embark on such donation collections through non-systematic methods such as by sending their “mandoubs” to people’s homes or workplaces for collecting cash donations or by encouraging donors to deposit the donation amounts in the bank accounts of their societies. The value of donations ranges from KD 1.5 for Iftar meal of one person to KD 15 for distribution of cartons of dates, nuts etc. According to lawmakers, such random method for collection of donations, despite the good intentions, by these societies is considered as a clear violation of the decisions and regulations of Ministry of Social Affairs and Labor.

Business Drop By 95%, Alshaya Has Prepared To Reduce Costs Several businesses in Kuwait have begun feeling the pinch as a result of the measures taken by the government to contain the spread of coronavirus. Kuwait once a thriving market for retail and travel ... April 02, 2020 0 13470 Category: Kuwait

Gradual Implementation Of Total Curfew As Per Areas In Country Stringent measures have been enforced due to frequent increase in infection of coronavirus virus where marginal laborer are densely accommodated to contain the spread of infection. Sources stated t... April 01, 2020 0 8156 Category: Coronavirus

Coronavirus Cases In Mahboula On The Rise,MOH Officials Warned Residents To Stay Home Ministry of Health officials have warned residents of Mahboula area to taken extra precautionary measures and not venture outside unless absolutely necessary. In a video that has gone viral, a ministr... March 30, 2020 0 6096 Category: Coronavirus

Total Ban Options On Government Table Today The possibility of enforcing a full curfew is among the  options on the agenda of the Council of Ministers in their meeting tonight, Al Rai newspaper disclosed that a high ranking government reve... March 31, 2020 0 5991 Category: Coronavirus

7 Indians Infected From Contact With Confirmed Coronavirus Case The Kuwaiti Ministry of Health announced Monday that 11 people were infected by the novel coronavirus, known as COVID-19, in the last 24 hours. With this, the total number of Indians confirmed with co... March 30, 2020 0 4828 Category: Coronavirus

A Building In Fahaheel quarantined Where 440 Indian Workers Are Staying A Building in Fahaheel is Quarantained with High Security and Health Mesaures where 440 indian workers . All of them working Home Delivery Boys has been suspected of infection from Coronavirus. as Few... April 01, 2020 0 4395 Category: Automotive
Popular Videos