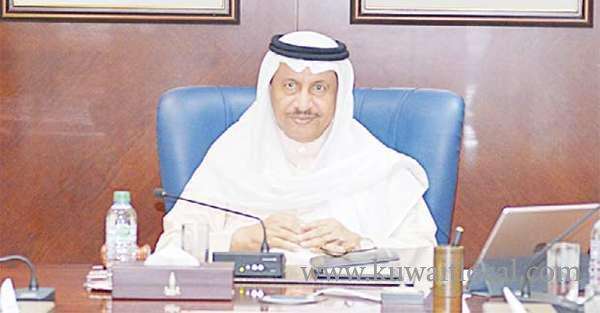 The National Assembly on Tuesday voted in favor of the government’s request to refer the interpellation motion submitted by MP Shu’aib Al-Muwaizri against HH the Prime Minister Sheikh Jaber Al-Mubarak Al-Hamad Al-Sabah to the Legislative and Legal Affairs Committee for review as the government believes the motion is unconstitutional.

Although Al-Muwaizri argued against the request of the government and a number of MPs supported him; some of them decided to push for cooperation, approving the request by 41 votes against 20. MP Abdulkareem Al-Kandari pointed out that referring the interpellation motion to the committee entails inclusion of the government’s 16 votes and since the government usually votes as one, he thinks it is a political maneuver to bend the situation toward the latter’s favor.

During the session, HH the Prime Minister Sheikh Jaber Al-Mubarak explained he submitted the request to determine the constitutionality of the interpellation in order to avoid endorsing unhealthy parliamentary practices; considering the interpellation has only one point — failure to manage the State — and it did not even mention the concerned ministries.

On the other hand, Minister of Justice Fahad Al-Afasi said the Constitution stipulates that the prime minister oversees the general policy of the country and exempts him from any executive responsibility or questioning regarding other ministries, noting the Constitutional Court affirmed this point.

The interpellation seeker, he has explained, must present a specific incident, backed up with explicit and accurate proofs, and that theme of the interpellation be part of jurisdictions of the executive to be grilled.

Therefore, MPs cannot accuse the state departments, as a whole, of failing to cope with crises, without pin pointing the department accused of failing or specifying the wrongdoing; otherwise such an approach constitutes an explicit contradiction of instructions by leader of the three authorities, “Our father and leader of our march, His Highness the Amir Sheikh Sabah Al-Ahmad Al-Jaber Al-Sabah may Allah safeguard him.”

His Highness the premier recalled that His Highness the Amir, in his address at the session that marked opening the current legislative term, called for halting “deterioration of the parliamentary practices and guiding our march … we are in great need for halting the deviation in our parliamentary practices and guiding the march for safeguarding our democratic system.”

Opposing the referral decision, MP Riyadh Al-Adsani deemed the move “unconstitutional”, claiming there was no text that supports removing the interpellation from the Parliament’s agenda. “Political disarray and a constitutional catastrophe … that’s what it is,” Al-Adsani called the referral.

During Tuesday’s session, His Highness the Premier requested referring the interpellation motion addressed to him by MP Shuaib Al- Muwaizri to the Legal and Legislative Affairs Committee In a statement, His Highness said he made the request so that the Committee would determine the motion constitutional basis and validity, in line with Kuwait Constitution and His Highness the Amir guidelines. Pro referral MP Mubarak Al-Harees said the committee will examine the interpellation and determine whether or not there is a “constitutional discrepancy.”

“The Prime Minister is not casted a no-confidence vote as a protection to his vital role that is considered a political stability factor as the explanatory memorandum of the constitution explained that the aim of such matter is ministerial stability and fulfilling achievements,” he added.

The constitutional court “indicated in various parts the role of the Prime Minister regarding the state’s public policy being in monitoring limited issues, and not all the executive matters”, he said. The latest decree issued by the constitutional court in October 2011 stressed on that fact, he added. “This decree explained that each motion meant to be directed to the

Gradual Implementation Of Total Curfew As Per Areas In Country Stringent measures have been enforced due to frequent increase in infection of coronavirus virus where marginal laborer are densely accommodated to contain the spread of infection. Sources stated t... April 01, 2020 0 7781 Category: Coronavirus

Total Ban Options On Government Table Today The possibility of enforcing a full curfew is among the  options on the agenda of the Council of Ministers in their meeting tonight, Al Rai newspaper disclosed that a high ranking government reve... March 31, 2020 0 5775 Category: Coronavirus

Gulf Bank Postpones Loans And Credit Card Installments Gulf Bank will postpone all installments of consumer loans and credit cards for six months for all Gulf Bank customers. Moreover, all interest and fees related to these transactions will be waived. Th... March 29, 2020 0 4325 Category: Coronavirus
Popular Videos