One of the Heaviest Women In The World, Weighing 500 Kg Arrives Mumbai For Weight Loss Treatment
Category: India 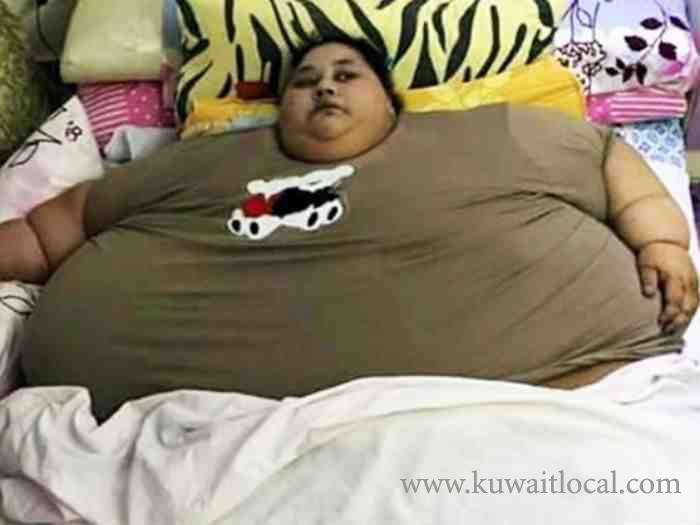 Eman Ahmed, one of the heaviest women in the world, arrived in Mumbai for a weight reduction treatment at a local facility.

Ms Ahmed, 36, who travelled to India in an EgyptAir plane, landed at the Mumbai international airport around 4 am. Ms Ahmed, who has not moved out of her house for 25 years, will be under observation for about a month before she undergoes surgery, doctors said.

One of the heaviest women in the world, she is currently under the care of a city-based bariatric surgeon Muffazal Lakdawala, and his team of doctors.

They have been treating her for almost three months and took all the necessary precautions required for the transportation of bed-bound Ms Ahmed from Egypt's Alexandria city, an aide to Dr Lakdawala said.

"Even though transporting Eman to Mumbai was a challenging task keeping in mind the complexities of her case as she is a high risk patient who has not been able to move or leave the house for the past 25 years," doctors said.

Ms Ahmed was accompanied by Aparna Govil Bhasker, an Advanced Laparoscopic and Bariatric Surgeon at the Centre of Obesity and Digestive Surgery and Head of Department of Bariatric surgery at Saifee hospital, and Kamlesh Bohra, Senior Intensivist, Department of Critical and Intensive Care at Saifee Hospital in Mumbai.

"She, along with her sister Shaimaa Ahmed, arrived here early today. To prepare her for the flight, the team of doctors have been in Egypt for the last 10 days to optimise the conditions for her travel; given the fact that she is so heavy and has not moved for the last 25 years, she is at a high risk for a pulmonary embolism and hence has been put on blood thinners to try and minimise the chances of such an eventuality during her transfer," doctors said.

A special bed was created by local Egyptian artisans in requirement with the safety precautions as laid out by the Egypt Air for her safe transport on ground and in the plane. As a precautionary measure, the flight was furnished with all the equipment required in case of an emergency such as portable ventilator, portable defibrillator, oxygen cylinders, incubating laryngoscopes and other safety drugs.

Eman Ahmed is being transported by a fully equipped truck, which will be followed by an ambulance and a police escort to Saifee Hospital where a special room has been created for her.

Age Limit For Parents Visit Visa I am planning to bring my parents from India on a visitor’s visa for 1 month and both are aged 78 years and I am a doctor working in a private sector, is there a age limit to bring my parents. ... February 17, 2020 0 242 Category: Visit Visa

Expat Will Have To Pay KD2.5 In Fees The CEO of the Health Insurance Hospitals Company ‘Daman’ Dr Muhammad Al-Qana’i said the medical centers in Hawalli and Al-Farwaniya will receive the expatriates and called on everyo... February 19, 2020 0 163 Category: Expats